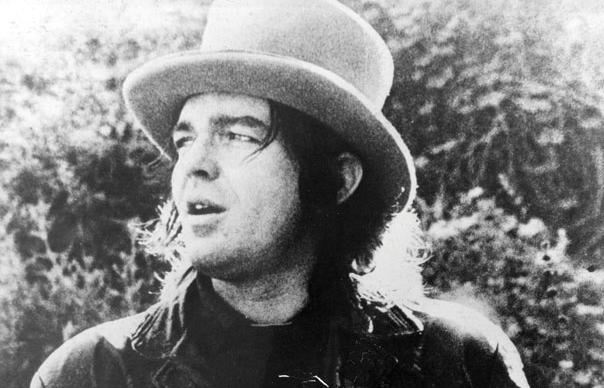 An album has approximately the same relationship to where it was made as a crime does to its scene – this one more than most. Not that you’d perceive that from the jaunty 2010 real estate listing that described 4295 Ensenada Drive, Woodland Hills California as “a charming Girard cabin with a famous rock ‘n’ roll history.” In the legend of Captain Beefheart, this is a location not noted for its charm: this was the site of the nine month regime of harsh discipline, welfare cheese and psychological warfare that ultimately gave rise to Trout Mask Replica.

Time has a way of gentrifying even the most edgy location, but 44 years after its release, after its admission to the USA’s National Recording Registry; even after all those recommendations from Matt Groening, the Simpsons guy,Trout Mask refuses to become a domestic animal. It has aged, but it hasn’t mellowed. Unfairly to the music, it is a hip barometer; a gauntlet thrown down, daring you take up its challenge. Tom Waits, a fan, recently described it as like “a glimpse into the future; like curatives, recipes for ancient oils.” Even Elliott Ingber, a Magic Band guitarist and very out-there human was floored by it: “After you put it on,” he said to me last year, “everything was shambles.”

As if to confirm its under-the-radar quality, this new version (deriving not from the Warners-held original multitracks, but remastered by Bob Ludwig from “safety tapes” from the archive of album producer Frank Zappa) came out with no advance publicity in May. (You mean you didn’t sense it was coming?) Some may even question how a record so inextricably linked to the rawness of the environment which gave rise to it can possibly benefit from such sonic buffing.

In fact, this remaster re-affirms the value in the kind of repeated, attentive listening which Trout Mask Replica (a record that abuts beat poetry to musing on the holocaust, to field recordings, unschooled jazz and, occasionally, swinging psychedelic rock) has required since its release. Zappa originally intended to capture the fraught intensity in the “Trout House” and record in situ. Beefheart, thinking his old friend was attempting to save money, refused, insisting on a studio production.

Trout Mask Replica lost nothing for that. A record of disorientating pace and abrasiveness, the teeming “Frownland” begins a 78 minute outpouring of chaotic-seeming but meticulously-planned composition. It is a record of disorientating juxtaposition and violent collage. One track (“Pena”) is actually a recording of the Mothers Of Invention. Others (“Hair Pie, Bake 1”, “China Pig”) are indeed field recordings from the house. For all his avowed rehearsal brutality, Beefheart himself busts out of the confinement of the blues and r’n’b idiom with a winning charm. His vision is surreal (“Fast and bulbous!”) and devastatingly lyrical (“the black paper between a mirror breaks my heart…”).

Taken all at once, it’s a journey into a thorny, hugely varied, but irresistible landscape – once you have noted the dangers, you can begin to observe the beauty. Trout Mask Replica does still contain beauty, and the job that Bob Ludwig has done has been to create mastering that suggests and reveals it, rather than insists on pointing it out. This is not often a question of increased volume (but when it is, as on the a capella “The Dust Blows Forward And The Dust Blows Back”, it is so we hear more clearly the huffing and puffing of the Captain declaiming live to tape).

Though subtle, the new sound suggests a greater crispness in the level of detail in songs like “Pachuco Cadaver” or “Sweet Sweet Bulbs”. The latter, a stealth classic of the record, is a song of massive groove and here we can hear freshly-articulated the depth of immersion in classic r ‘n’ b playing in the interactions between the Magic Band’s two 20 year old guitarists Jeff Cotton (“Antenna Jimmy Semens”) and Bill Harkleroad (“Zoot Horn Rollo”). On the likes of “Bill’s Corpse”, it seems that the refit has subtly adjusted the Captain’s disproportionate volume in relation to his band.

After all, as befits an album where he didn’t so much lead the band as dictate to it, Beefheart’s vocals were recorded in presidential isolation, then dropped later on top of the extant music. The band, meanwhile – berated by Beefheart and then schooled in their parts by drummer John French (“Drumbo”) were told by Zappa that to record their double album, they had just six hours.

They did it in four – a testament to the musical accomplishment that The Magic Band for all they endured, brought to Beefheart’s vision. Still, as arduous and unforgiveable as the process of making the record must have been, all Magic Band’s pains and psychological torments, were not quite in vain. If they can never get over Trout Mask Replica, it’s worth noting that nobody else will, either.
John Robinson

Q&A
JOE TRAVERS “VAULTMEISTER” of ZAPPA RECORDS
Is Trout Mask a project you’ve wanted to realize for a while?
Trout Mask was not really ever a priority for me, simply because the opportunity seemed so far out of reach due to the master tapes being owned by a different company. In 2012, that situation changed. As soon as we got the tapes, we transferred them only to find that it had suffered over the years from age and many plays. So, the restoration had to be put in full swing.

What, to your ears, has Bob Ludwig achieved?
Because we had to generate new masters from safety elements from the Vault, Bob had better sounding sources to use for the current remaster. Almost all of the entire record is remastered from an alternate source than the main master tape that has been used so many times in the past. Bob is very musical and we have a great understanding about the fine line between loudness war brickwall-type mastering and dynamic audiophile-type mastering. Bob achieved that with the new Beefheart master, keeping the integrity of the original mixes and presenting them in a modern way, maintaining a rich, full sound yet not overblowing it!

Are there any other Zappa/Beefheart treasures awaiting?
Absolutely. Someday there will be a fabulous compilation of stuff found in the vault that contain various nuggets of things from all eras of FZ & Beefhearts’ time together. From the Cucamonga days, up until the Bongo Fury era.
INTERVIEW: JOHN ROBINSON