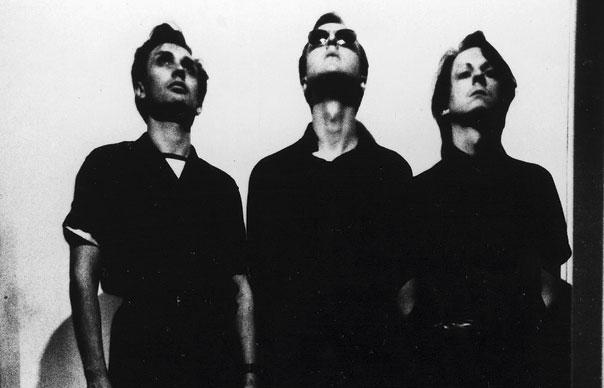 In 1982, the year Channel Four began, Sheffield electronic act Cabaret Voltaire announced the launch of their own VHS label, Doublevision. In an age when video was beginning to make an impact, Doublevision reflected the promise of a more DIY approach to film making – a cinematic equivalent of punk’s “here’s three chords – now go and form a band” credo. The label’s flagship release was Johnny YesNo, a 20 minute short directed by young film maker Peter Care, and slathered in The Cabs’ primitive samplers, needling frequencies, blenched tape loops and distorted drum computers.

Care has since become a successful commercial director, with a CV that includes promos for, er, CV as well as Thomas Dolby, Depeche Mode and REM, to lucrative TV commercials and an episode of Six Feet Under. Johnny YesNo certainly feels like a testbed for an MTV vid, though its sleazy prurience and explicit drug ingestion would have given broadcasters at the time – three years before the Beeb’s ban on “Relax” – tachycardic seizures.

Filmed around the garish hotels and neon-lit nightclub district of Sheffield, it’s often called an example of Steel City noir, except that description conceals the vivid, livid colour scheme that leaps out of the screen. ‘Johnny’, played by square-jawed Jack Elliott, get mixed up in some violent gang business thanks to his attraction to a mysterious femme fatale who recurs as a club dancer, angelic moll, and strung-out junkie with a gunshot wound. Hallucinating on a bloodstained hotel bed with the contents of a hypodermic in his arm, Johnny can’t seem to separate these incarnations or sort out the narrative of what appears to have been a very eventful and traumatic past 24 hours. But plot takes second place to ambience, and the action gives way to an incredible, disorientating close-up of Johnny lying upside-down in a shale quarry, with the ground shifting queasily and illogically under his ripped shirt.

For this redux reissue package, Care has additionally ‘reimagined’ the film, this time using a handheld digicam with two actors in an LA motel. It works as an interesting commentary on the original, and makes the male character less knowable than the female, although the ending is left far less resolved. Both DVDs include plenty of short sketches and alternate sequences, a kind of video workbook towards the finished item, though the end results are at best impressionistic.