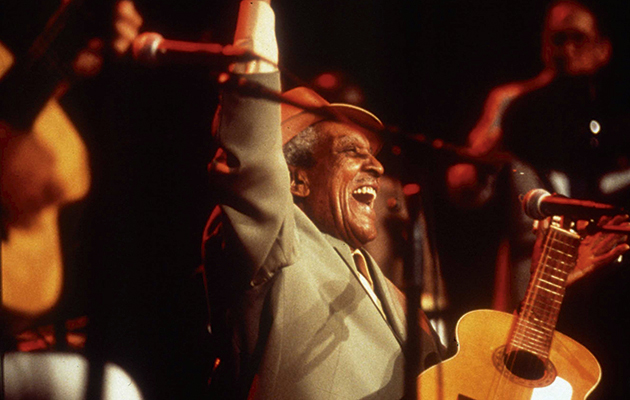 The Cuba presented in Wim Wenders’ 1999 documentary Buena Vista Social Club is a very different Cuba than the one that exists in 2017. The last year has brought a wave of cultural and political upheavals, starting with a landmark concert by the Rolling Stones, a visit by Barack Obama (the first sitting President to visit the island in nearly a century), and an official easing of diplomatic relations with the U.S. In November 2016, Fidel Castro died at 90 years old, as though officially marking the end of a transition for the country.

Those events and their effects provide a dramatically new context in which to view this ambitious film, which documents a moment when Cuba’s popular music began to make its way off the island. The American musician Ry Cooder deserves some credit for this development, as he assembled a loose group of aging musicians into what became known as the Buena Vista Social Club, named for a once-renowned Havana music venue. Their 1997 self-titled album managed to cross over from the small world-music market into the mainstream, eventually selling more than 12 million copies. As Cooder remarks in the documentary, “I’ve been making records for about 35 years and I can tell you, you never know what the public’s going to go for. This turned out to be the one they liked the best. I like it the best.”

Wenders’ film follows the musicians from the streets and studios of Havana to their first public performance together in Amsterdam and finally to the stage at Carnegie Hall in New York City. While the German director had never before made a concert movie, he had incorporated extensive live and recorded music into his reels, in particular the Berlin-set Wings of Desire; as in that film, he shoots these performances as though he’s a member of the audience, zooming in on soloists and singers.

Offstage, however, Buena Vista Social Club is a little shakier, partly because Wenders has been assigned an impossible task. In addition to a concert film, he is also crafting a documentary of this makeshift group of men and women in their seventies and eighties, which means giving each of them a chance to tell their stories. Most are fine subjects, especially guitarist Compay Segundo (still randy and unpredictable at 90) and singer Ibrahim Ferrer (dubbed by Cooder the “Cuban Nat King Cole”), but focusing on so many subjects makes for a choppy documentary, with Wenders cutting from the stage performances to shots of Cooder riding around Havana on a motorcycle or jamming with Segundo.

Despite assembling the band and producing their album, Cooder is the least interesting person in the film and the one with the most screen time. Wenders places too much emphasis on him as the filter through which the rest of the world can process this music, which translates to fawning shots of Havana in all its decrepit glory. Certainly the vintage cars and bright clothing are more vivid in Criterion’s new transfer, but the Westerners too readily equate old and run-down with authentic: what Wenders calls in his commentary “faded images of long ago.” Yet, the performers are far too energetic, too complex, and too mischievous to bear the burden of such unexamined preconceptions of their country.

Late in the film, Wenders follows the musicians around Manhattan as they stare at skyscrapers and window-shop along rows of souvenir stores. They comment on the posters and dolls of celebrities, but wonder who that guy is between bobblehead figures of Richard Nixon and Bill Clinton. That they might not recognize JFK—the U.S. President arguably most closely tied to their country’s fate—may speak volumes about Cuba in the late twentieth century, and Wenders wisely hangs back and lets the viewer consider the ironies and implications of the scene, including whether or not it has been staged (Wenders admits that several scenes in the film were, in fact, planned out.)

Buena Vista Social Club marks a moment in Cuban history that, like the Bay of Pigs, is already consigned to the past. The music made by these aging artists stands slightly out of time, still thrumming with life after many have died, but this film has become a relic of another era: a document of U.S.-Cuban cultural relations in the 1990s and a point against which to measure history.

EXTRAS: A new featurette with rehearsal footage from the Carnegie Hall show, plus an old director’s commentary, deleted scenes, and interviews with the artists. 7/10