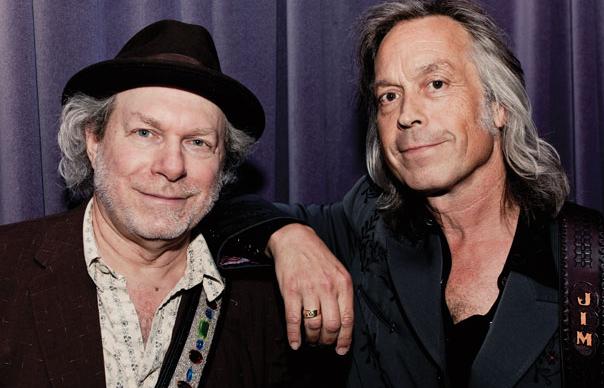 This collaboration feels at once inevitable and overdue. Miller and Lauderdale are Nashville fixtures of whom it could be argued that it would be quicker to list the country singers who haven’t recorded a song by one or the other. Buddy & Jim is as straightforward – verging on slapdash – as the title suggests. The album was recorded in three days, and the fact that it sounds it is its greatest strength and most glaring weakness.

Buddy & Jim mostly falls narrowly on the right side of the slender line that separates the stolid exercise in generica from the inspirational masterclass. At its best, it’s wonderful, Miller and Lauderdale falling in easily and confidently, like the old hands/friends they are. Opening track, “I Lost My Job Of Loving You” is arch, knowing and swaggering, evoking an unplugged session by Big & Rich. The version of The Anglin Brothers’ “South In New Orleans” is an amiable bar-room tear up recalling the least anguished works of John Hiatt, the traditional “The Train That Carried My Gal From Town” a cheerful submission to the strictures of orthodox bluegrass.

The defining breeziness of Buddy & Jim could never be mistaken for an ill wind, as such, but there are moments at which it’s hard not to wish they’d invested a fourth or even a fifth day in the work. “Vampire Girl” is as boilerplate as the metaphor underpinning its title, and the otherwise agreeable Bakersfield swing of “Looking For A Heartache Like You” has one of those lyrics that sounds like it was written as fast as it is sung.

None of which is exactly difficult listening, but it’s nevertheless telling that the tracks most likely to lure repeat listeners are the more studied and sombre: the exquisite, unaffected ballads “That’s Not Even Why I Love You” and “It Hurts Me”, and the pedal steel-lashed shuffle “Forever And A Day”, which Roy Orbison should have lived long enough to record.
ANDREW MUELLER