Bry does Bob – not, mercifully, Bland On Bland 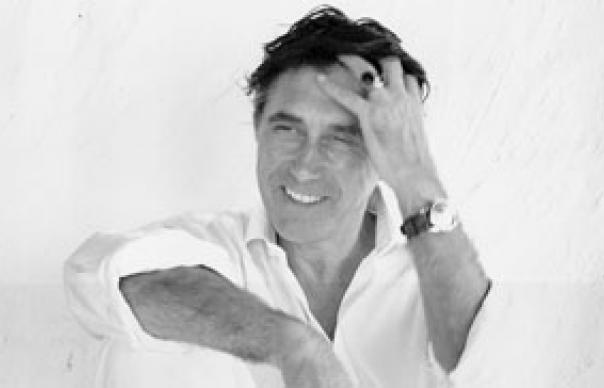 Bryan Ferry sings the familiar opening lines of “Just Like Tom Thumb’s Blues”, which introduces his album of Dylan covers, with close-miked clarity over a four-square rock groove. By the time he arrives at Rue Morgue Avenue, the cunning stylist has revealed his modus operandi: Ferry’s muscular touring band simply steamrollers the listener’s sense of the song in its original form, enabling the singer to approach the material on a level playing field, free of expectations and associations.

On Dylanesque, Ferry isn’t trying to compete with, or be like, Dylan. Rather than reinvent or replicate, he simply looks under the bonnet of each selection to see what makes it go and then takes it for a spin. The virtue of this even-handed approach is that it serves to isolate the marriage of melody and language at the root of any song – not unlike Ella Fitzgerald in her Songbook series. For example, merely by slowing down the great kiss-off anthem “Positively 4th Street” and having a piano set the scene, Ferry is able to sail past Dylan’s vitriol to a latitude of loss and regret, thus locating the pain that led to the lashing out. Similarly, he underscores the poetic beauty of “Gates Of Eden” by giving equal weight to each enchanted line. On this lyric especially, one can understand why he has compared singing Dylan to “an actor tackling Shakespeare.”

Ferry’s systematic methodology reveals the flaws as well as the qualities of the chosen material, exposing Eric Von Schmidt’s “Baby Let Me Follow You Down” as the trifle it was before being transformed by the 21-year-old Dylan, and finding a sticky wad of sentiment within the late-period ballad “Make You Feel My Love”. Only on “All Along The Watchtower” does Ferry turn up the thermostat, leading the band through a raging performance that caps the album on an overtly dramatic note, understanding that this song’s brutal heart must be approached with commensurate intensity.

It’s impossible to listen to Dylanesque without thinking of the Byrds’ seminal Mr Tambourine Man. They make fitting book-ends for four decades of forays into the Dylan canon, but the difference between the two records is profound: the difference, perhaps, between first love and an enduring relationship,.