The good, the bad and the ugly pay tribute to a mighty catalogue as The Boss looks on... 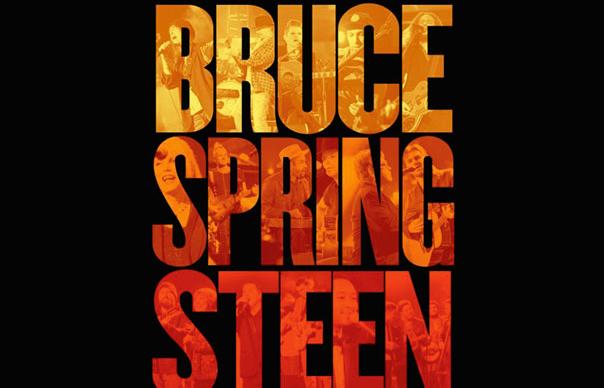 The good, the bad and the ugly pay tribute to a mighty catalogue as The Boss looks on…

Musicares is the charitable wing of Grammy-distributors the National Academy of Recording Arts & Sciences. Since 1991, they’ve anointed some or other member of the rock aristocracy as their Person Of The Year. Springsteen’s number was bound to come up eventually, and in 2013, it did. This was commemorated with an all-star concert in front of some hangarful of black-tie or ballgown-clad invitees, or as host Jon Stewart puts it, “A two-and-a-half hour extravaganza celebration of Bruce Springsteen’s music – or as he would call that, tuning up.”

The reality is an inevitably uneven procession of artists taking turns with Springsteen’s mighty catalogue in the daunting presence of Springsteen himself, as well as assorted distinguished Hollywood cocktail-slurpers nodding along. In general, it bears approximately the same relation to one of Springsteen’s own shows as a guided tour of a museum does to a bar crawl. It must have been very difficult for him not to contemplate the event as a preview of his own funeral.

It starts promisingly enough. Alabama Shakes, one of few acts on the bill who treat the material like it’s rock’n’roll songs, rather than Ming vases, unleash a rousing “Adam Raised A Cain”. After which Patti Smith, who looks like she’s just come in from the garden, delivers a big-hearted “Because The Night”, which she co-wrote with Springsteen in 1978, and which she introduces with a sweet remembrance of her late husband, Fred “Sonic” Smith. The semi-supergroup of Ben Harper, the Dixie Chicks’ Natalie Maines and veteran harmonica-blower Charlie Musselwhite follow with a quite lovely “Atlantic City”.

From thereon, the highlights are rather further between. The contributions by Sting (“Lonesome Day”), John Legend (“Dancing In The Dark”) and Dropkick Murphys’ Ken Casey (“American Land”) aren’t even interestingly terrible – just prosaic, reverent and dreary. Elton John oversings “Streets Of Philadelphia”, failing to grasp that the power of the original was all in its fatalistic understatement. The Nashville delegation fail entirely to spot the stuff in Springsteen’s songs that could make them great country tunes – Kenny Chesney mutters “One Step Up”, and Tim McGraw and Faith Hill turn the mournful, desperate “Tougher Than The Rest” into some sort of emetic wedding dance. Jackson Browne approaches the theoretically seething and furious “41 Shots” like it’s the father of his fiance, although Tom Morello’s properly incendiary guitar solo redeems matters somewhat. Juanes’s version of “Hungry Heart” is not readily distinguishable from anything you might hear in a Holiday Inn lounge on karaoke night. And Mumford & Sons do “I’m On Fire” (chance would be a fine thing, etc).

On the credit side of the ledger are Emmylou Harris, with a plaintive “My Hometown”, Mavis Staples and Zac Brown with an unabashed gospel take on “My City Of Ruins”, and Tom Morello and Jim James with a terrific “The Ghost Of Tom Joad”, although Morello is generous with his solo to the extent that viewers may be tempted to rewind to check whether James had that beard before the song started. By far the best of the guests is saved till last – Neil Young & Crazy Horse with a frenetic, feral “Born In The USA”, bewilderingly flanked by a pair of cheerleaders miming the song’s narrative.

Springsteen’s speech accepting Musicare’s honour is appropriately, if predictably, humble (“Whatever philanthropy I’ve ever done usually just involved me playing a guitar and bringing attention to people doing the actual work. I was going to be playing the guitar anyway.”) But it’s also a characteristically astute meditation on music and its enduring power to affront authority – although perhaps realising that he and his guests are now about as establishment as it gets, he approvingly notes the French vanquishing of the Islamist yahoos who had recently attempted to silence Mali (“You can’t triumph without music,” he says, “because music is life.”)

After too long, Springsteen leads the E Street Band through “We Take Care Of Our Own”, “Death To My Hometown”, “Thunder Road”, “Born To Run” and an all-hands-on-deck singalong of “Glory Days”. On balance, Springsteen doubtless deserved the honour, but his songs deserve better than they mostly get here.
Andrew Mueller