Broken Bells – After The Disco 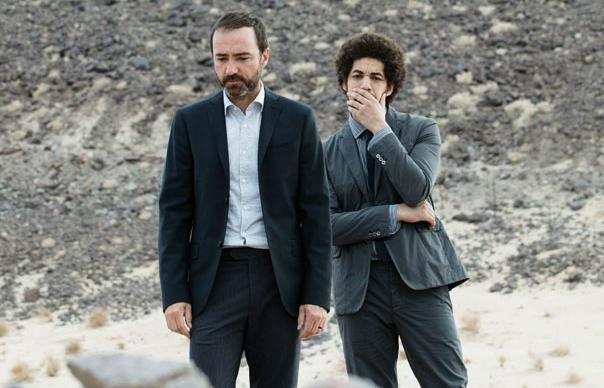 Broken Bells’ second full-length album, which arrives 10 years after Brian Burton, aka Danger Mouse, first made his mark on pop culture with the cut-and-paste tour de force, The Grey Album, neatly bookends the wide-ranging first decade of this audacious auteur. Like Gnarls Barkley before it, Broken Bells presents the producer/one-man-band with ample opportunity to combine his studio wizardry with a singular voice, this one belonging to The Shins’ James Mercer.

Still, there are more levels to this collaboration than the obvious one of producer and singer. Although he’s put his sonic stamp on every Danger Mouse production, from Gorillaz’s Demon Days (2005) and Beck’s Modern Guilt (2008) to The Black Keys’ El Camino (2011) and Norah Jones’ Little Broken Hearts (2012), there Burton is essentially serving the needs of a client; here he’s a fully-fledged band member. Likewise, Mercer, a singer-songwriter who has disguised himself as a bandleader with The Shins since 2001’s Oh, Inverted World, gets another chance to mix it up with a kindred spirit. If the duo’s self-titled 2010 debut album made it apparent that Burton and Mercer had found a fruitful common ground in their cerebral approaches to making music, the rhythmic, melodic and thoughtful After The Disco stands as impressive proof of the strength of their partnership; its 11 tracks are the result of a balanced back-and-forth in the writing, arranging and playing.

The album’s opening triptych forms an extended ode to the shimmering sounds of the new wave era, as Burton, 36, and Mercer, 42, appropriate and apply the music of their ’80s childhoods to the rarefied chemistry they create together, with rapturous results. The three tracks are elegantly contoured pieces of aural architecture. “Perfect World” is a pocket symphony for analogue synths with two distinct movements. “After The Disco” bounces along on a springy old-school groove of the order of Daft Punk’s “Get Lucky”. And first single “Holding On For Life” showcases Mercer’s chromium falsetto as his chorus vocals form a reverent homage to the Bee Gees circa Saturday Night Fever, set off by a surging middle-eight in the manner of Tears For Fears’ “Pale Shelter”. This soulful and scintillating track is the most delectable pop confection Burton has come up with since Gnarls Barkley’s “Crazy”, while also displaying the feint-and-parry dynamic of Shins classics like “New Slang” or “Sea Legs”.

Following this super-saturated opening segment, the album turns sepia-toned, starting with the hushed, dusky “Leave It Alone”. Five of the remaining eight tracks are burnished by string arrangements from Daniele Lippi, Burton’s partner in Rome, their lush and atmospheric paean to the Italian film music of the 1960s, their presence deepening the nostalgic feel of the album. But even as the atmosphere darkens, the partners keep the quantised midtempo grooves percolating and the analog synths chirping. “The Changing Lights” juxtaposes an undulating Smiths-like verse melody and a subtle nod to Morrissey in Mercer’s vocal with a full-on soul-gospel chorale in the choruses.

The chugging but languid “Medicine” could be a newly discovered Scritti Politti rarity, while the following “No Matter What You’re Told” is an unlikely amalgam of The Clash and the Swingle Singers. From there, the mood deepens to blue noir with the languid, lovely ballad “The Angel And The Fool”, giving way to the elegiac introspection of the closing “The Remains Of Rock & Roll”, which functions as an end-title theme for this New Wave spaghetti western.

It will be fascinating to see how much of the Danger Mouse signature sound finds its way into Burton’s upcoming productions of Frank Ocean and U2 (his fingerprints are all over “Ordinary Love”, their contribution to the soundtrack to Mandela: Long Walk To Freedom). There’s also the follow-up to El Camino to look forward to, as well as Mercer’s next Shins opus. But no matter what delectations Burton and Mercer offer up later this year, they’ve begun 2014 with a flourish – at the tops of their games, totally in sync with one another.
Bud Scoppa

Q&A
James Mercer
Was the falsetto chorus of “Holding On for Life” consciously based on the Bee Gees?
That was a coincidence. I was singing over the verse trying to come up with a new melody. Brian picked that melody out and said it should be the chorus. We put together some lyrics, then I sang them in a falsetto to get it to a certain energy level, and it just sounded like me doing a falsetto. Then he had me do layers of it, and when he played that back, I laughed out loud. It was like the Gibbs were singing to me. I like that thing where you’re almost, “Is this too much?” I seem to always find myself in that situation, so I just embrace it.

“The Remains Of Rock & Roll”, what’s it all about?
We both have careers that happen to be poised on this downward slope of where music fits into pop culture. It used to be such a big deal, but the ones that are hugely successful now are just sort of… silly. Not that we’re cynical about it.

Did you listen to particular records when prepping for the album?
We listened to Kraftwerk to get an inspiration about beats and sounds. We wondered how they were able to get such powerful moments out of so little. We also listened to some pretty banal ’80s music.

What’s the common ground between you two?
We both have a love for hooks and melancholy pop music. We just share that affinity for sadness – and also a good beat, strangely. Nowadays, you don’t really see melody and beats and rhythm given this balanced approach.
INTERVIEW: BUD SCOPPA