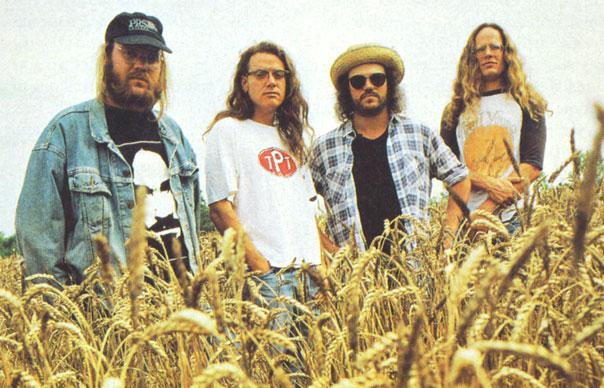 The Jayhawks hewed closest to Gram Parsons’ cosmic vision. Uncle Tupelo were visionaries themselves. But Festus, Missouri quartet Bottle Rockets not only held the moral, working-class compass of the ’90s alt.country wave, they – with their ferocious Skynryd-meets-Crazy Horse thunder – rocked harder than the whole lot. Later, the Drive-By Truckers took their blueprint and ran with it.

Nothing fancy: their amped-up country/rock is as meat-and-potatoes as you can get. But leader Brian Henneman’s hypocrisy detector and fierce identification with the downtrodden – tracing a line from Guthrie to Haggard to Springsteen – is regularly set to stun. The debut is rawer, combining bluegrass, hard country/rock and bar-band fare with the scoot-scatting country sound that drove Waylon Jennings’ more upbeat work.

It’s not all memorable, but the pissed-off “Wave That Flag” and the abject horror of “Kerosene” in particular, make for withering commentary on society’s failures. By the time of 1995’s Brooklyn Side, the group was slicked-up a tick, courtesy of producer Eric Ambel, enough to unveil more range. Tears-in-your-beer balladry (“Queen Of The World”). Top-shelf rockabilly (“Idiot’s Revenge,” with that classic line: “She likes Dinosaur Jr but she can’t tell you why”). Even ZZ Top boogie (“Radar Gun”). Henneman’s songs are yet sharper, mixing humour and pathos. There’s a rarely topped song about being poor (“1,000 Dollar Car”) and stories of wasted lives (“Welfare Music”). Although populist rage and savage humour is never far beneath the surface, the group also reveals a surprising, almost power-poppy feel for ringing, sing-song hooks (“Gravity Fails”, “I’ll Be Comin’ Around”). In short – a monumental album.