Rock’s most eccentric romantic rides on... 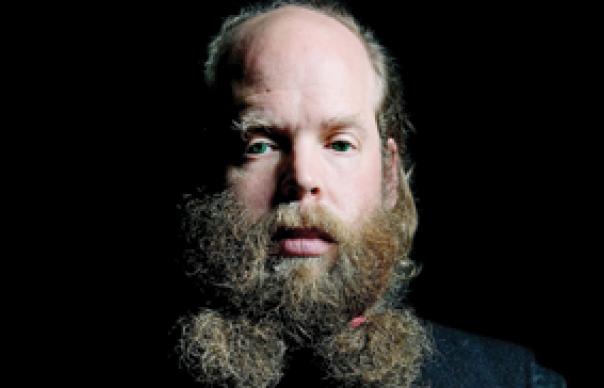 Around the release of his last studio album, Beware, Will Oldham embarked on a small project. According to the writer Kelefa Sanneh, in a New Yorker profile in January 2009, Oldham intended, “To promote the album with singles, a photoshoot, and a handful of interviews, if only to prove that promotion doesn’t really work, at least not for him.”

When it arrived in March 2009, Beware turned out to be among Oldham’s heartier records, but not conspicuously one to attract thousands of new fans. Domino are cagey about precise sales figures, leading one to assume that, having made his point, Oldham will now continue on his elliptical career path. Bearing in mind his cantankerous integrity, it’s easy to imagine him taking satisfaction from the fact that his appeal remains, shall we say, reassuringly selective.

You do wonder, though, if he is ever frustrated by his lot. Journalists persistently suggest that Oldham, 40 this year and with roughly 15 albums behind him, will be remembered as one of this era’s very greatest singer-songwriters. Wouldn’t it be nice if some of that acclaim transformed into actual – rather than critical – capital, right now?

Part of the problem, oddly, is Oldham’s consistency and productivity. Among the vast weight of music he releases – one album, one live album, one capricious ‘Best Of’, two 10-inch EPs, three seven-inches, one iTunes single, six tracks on compilations and four appearances on other people’s records in 2009 alone – there are hardly any disappointments, but also precious few records that have been unanimously acclaimed as high points. Some complex economic theorem might suggest that Oldham could sell more records if he made fewer of them.

But that would potentially rob us of tremendous efforts like The Wonder Show Of The World. It comes billed as a collaboration with The Cairo Gang, otherwise known as Emmett Kelly, a guitarist who has frequently accompanied Oldham of late (The original Cairo Gang, incidentally, were British spies operating against the IRA in 1920; quite a contrast to the Catholic rebellion implied by Oldham’s “Bonnie Prince” nomenclature).

Compared with the rumbustious Beware, The Wonder Show Of The World initially feels rather low-key. Arrangements are spare, spectral even. Mostly, Kelly tracks Oldham with voice and either acoustic or delicate electric guitar. Bass and drums appear intermittently, as do a choir of sorts. The starkness recalls 2005’s Superwolf, albeit without the clanging interventions of Matt Sweeney. At times, a sacred air accumulates around the songs, so that “Someone Coming Through” betrays closer affinities to medieval church music than Oldham’s usual country references. But there’s a certain warmth and ’70s classicism, too: a hint of After The Gold Rush to the frail hymnal of “With Cornstalks Or Among Them”; something of Eric Clapton’s “woman tone” to Kelly’s keening solo on “Teach Me To Bear You”.

Slowly, these immensely crafted songs bed in, emerging as some of the best and most accessible that Oldham has ever written. “That’s What Our Love Is” is remarkable, a tender crystallisation of the album’s principal theme; the enduring consolations of love, both spiritual and physical. For nearly five minutes, Oldham and Kelly indulge in some gentle come-hithering, before tablas arrive and the pace and intensity picks up. “I believe these are end times,” exclaims Oldham. “Wouldn’t it be best to be together then? The smell of your box on my moustache…”

It’s an absurd image, delivered touchingly, that is typical of Oldham’s eccentric ribaldry, and of how he has spent the past few years writing about love and contentment in unorthodox, unsentimental ways. The tone of The Wonder Show Of The World (does the title refer to love itself?) might often be austere, but most of the songs are blessed with happy endings. “My chest swells and my nose snores; it’s all OK by you. I’ve never felt this welcome,” he observes on “Go Folks, Go”. In “The Sounds Are Always Begging”, the narrator’s wife goes crazy and starts “chopping up the bed”. She leaves, and Oldham tames his unruly children with the gift of music.

“Always choose the noise of music. Always end the day in singing!” he pontificates, and long experience of Will Oldham might counsel against taking his lyrics at face value. Still, it’s tempting to conclude that wonderful music and a loving home are much more important than the vagaries of commercial success. When The Palace Brothers first played London, Oldham covered Dolly Parton’s “I Will Always Love You”, and it seemed ironic. Seventeen years on, experience suggests he might well have meant every word.
John Mulvey