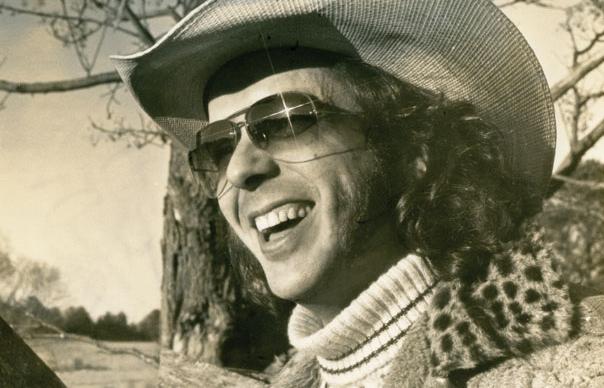 It’s not only who you know, it’s what you know, too…

Bobby Whitlock’s story is a classic rock’n’roll saga about a guy who was in the right place at the right time and made the most of it. The son of a preacher man, the Memphis native would sneak out of his father’s services to revel in the ecstatic sounds of the choir at a nearby black church. Already an accomplished pianist by this teens, Whitlock became a fixture at Stax studios, where he learned the nuances of R&B from the masters, released a couple of singles and hung with Steve Cropper and Duck Dunn. When the latter brought Delaney and Bonnie Bramlett to Stax to record what would be their first album, Home, for the label, early in 1969, Whitlock was enlisted as the first of Delaney & Bonnie’s Friends.

Later that year, Eric Clapton became so taken with the band that he brought them to the UK for a tour, becoming an unofficial band member and persuading George Harrison to jump on board as well. Following the run of dates (documented on 1970’s On Tour With Eric Clapton), the whole crew contributed to Clapton’s self-titled first solo album, after which D&B&F splintered, several of them joining Mad Dogs and Englishmen while Clapton grabbed Whitlock, bassist Carl Radle and drummer Jim Gordon and formed Derek And The Dominos. After playing on George Harrison’s All Things Must Pass, they headed to Miami and recorded the one-off masterpiece Layla And Other Assorted Love Songs, Whitlock co-writing and harmonizing with Clapton as well as playing keys.

Booking studio time at London’s Olympic Studios in April 1972, the month before Derek And The Dominos were scheduled to record their second album at the facility, Whitlock cut his self-titled solo debut (which shares a single disc with follow-up Raw Velvet on this reissue) in front of a mind-blowing studio band: Clapton and Harrison on guitars, Gordon on drums and Beatles buddy Klaus Voormann on bass, with Andy Johns co-producing. Fronting a band for the first time, the expat Southerner unleashes his rich, fervent, gospel-rooted baritone on the soulful rockers “Where There’s A Will” (written with Bonnie Bramlett) and the made-up-on-the-spot “Back In My Life Again”. He’s even more striking as an R&B balladeer on tracks like “A Game Called Life” (featuring a flute solo by Traffic’s Chris Wood) and “The Scenery Has Slowly Changed”, which recaptures the dusky melancholy of his Layla closer “Thorn Tree In The Garden”. After finishing the album in LA, Whitlock turned it in to his label, Atlantic, which rejected it despite the record’s all-star cast. It was picked up and released in the US by ABC Dunhill but sank without a trace.

That wasn’t the only disappointment for Whitlock, as Clapton pulled the plug on the sessions for the second Dominos LP. Determined to turn around his recent run of bad luck, Whitlock formed a new band in LA with lead guitarist Rick Vito (who’d be on the Stones’ shortlist following the departure of Mick Taylor and would later briefly replace Lindsey Buckingham in Fleetwood Mac), bassist Keith Ellis and drummer David Poncher, and went right back into the studio with Stones producer Jimmy Miller. They emerged with Raw Velvet, a far more uptempo record overall than its predecessor, featuring the guitar interaction of Vito on lead and Whitlock on rhythm. They revisit Layla with a blistering “Tell The Truth” and summon up the intensity of the Dominos on “Write You A Letter” and “If You Ever”, all featuring jaw-dropping solos from Vito, who also plays a rhapsodic, Clapton-esque slide on the yearning “Dearest I Wonder”. Slowhand himself, Gordon and the Bramletts appear on Delaney and Mac Davis’ rousing “Hello LA, Bye Bye Birmingham”, which sounds like an outtake from On Tour. The album closes with “Start All Over”, Whitlock wailing on Leslie guitar and singing his heart out, though hardly anyone would hear him do so.

He had no choice but to start all over following his brush with fame – playing music was the only thing he knew how to do, and he’s continued making records in semi-obscurity over the decades. But for those three remarkable years, Bobby Whitlock was swept up in history, serving as an essential, if unsung, participant in its making.
Bud Scoppa