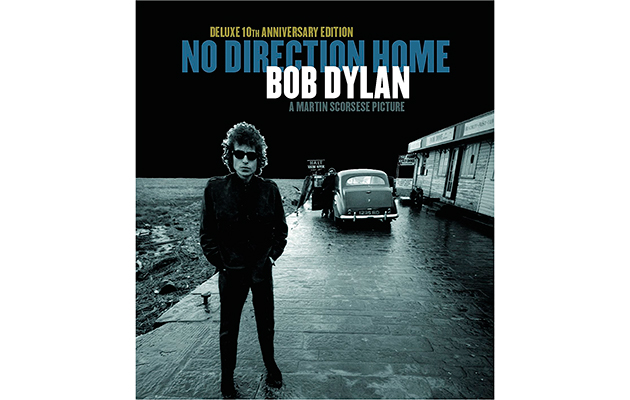 Running three-and-a-half hours and still only reaching the electrifying climax of 1966, Martin Scorsese’s magnificent Dylan documentary, pieced together around interviews conducted by Dylan’s own office, is a five-star piece of work, of course. The question for fans who already own the two-disc DVD released in 2005, however, is whether this deluxe edition adds anything essential…

The answer depends on how much of a Dylan completist you are. While also available as a new DVD, the biggest draw is the film’s Blu-Ray debut. The visual upgrade isn’t revelatory when it comes to the interview segments, largely shot on video. But the archive film, culled from Festival, Murray Lerner’s documentary on the Newport Folk Festivals of 1963, 64 and 65, and from reels DA Pennebaker shot for both Dont Look Back, his chronicle of the 1965 UK tour, and Eat The Document, Dylan’s own subsequent, aborted film on tour 1966, is grainily eye-popping.

In terms of new material, the anniversary edition offers the full unedited versions of two of the original film’s most memorable interviews: a roaring 30 minutes in the pub with the force of nature that was Liam Clancy; and a 40-minute audience with Dave Van Ronk. Both are wonderful. Equally delightful is a (slightly) extended (two minutes) version of the “Apothecary scene” shot in the UK in 1966, as a speedy Dylan improvises Beat cut-up nonsense poetry from words on a shop sign. (“I wanna dog that’s gonna collect and clean my bath…”) Also exclusive to this release is a 20-minute interview with Scorsese, discussing how he came to make the film, and his design and intentions for it.

That’s it as far as new material, though. The other extras – mostly (excellent) performance clips drawn from 1963-66 – were previously included on the 2005 double DVD. This is slightly frustrating, given the mouthwatering cache of relevant footage Dylan’s archivists are surely sitting on. The deluxe No Direction Home is being released simultaneously with The 1966 Live Recordings, the incredible 36-CD box chronicling the ’66 tour, but there’s nothing included here that’s half as significant as the 12-minute film Sony posted online to advertise that set, utilising previously unseen and meticulously restored footage shot during that fabled Judas! jaunt. (Search YouTube for 1966 Live Recordings: The Untold Story if you haven’t seen it.) But if it’s disappointing not to have more of that gold dust included here, we can draw comfort from the obvious conclusion: plans for a full 1966 concert film must surely be underway. Surely?