Bill Callahan – Woke On A Whaleheart 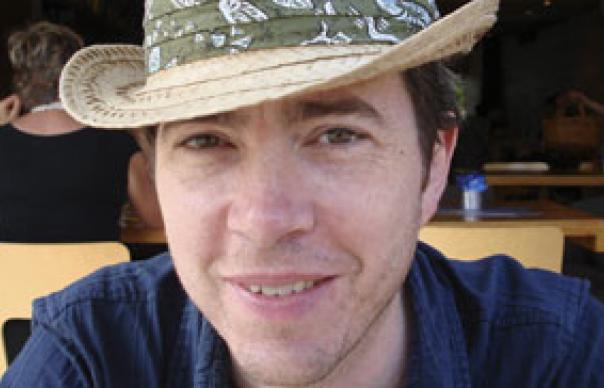 Despite appearing for the first time outside the concealing shroud of Smog, there are few, if any, fresh revelations about the “real” Bill Callahan to be gleaned from “Woke On A Whaleheart” – which, thanks largely to that distinctive baritone murmur, sounds not unlike a Smog album.
We shouldn’t be surprised. Like Will Oldham, Callahan has never hidden his innermost thoughts, never baulked at tackling material which might cast him in an unsympathetic light, so there’s probably not that many secrets left to reveal.

When you listen to a Callahan song, it sometimes sounds as if he’s tracking a train of thought as it occurs, complete with all the repetitions, digressions, reassessments and contradictions that it throws up along the way. Thus does a song such as “Day” flit from human rapacity to monkeys, then potatoes, and finally a dying world, before concluding with the injunction that we should “strive toward the light”; and “Night” muse inconclusively about a “door that holds you, silent as glue”.

For all that, there are several songs here that make perfect sense, and which aid in deciphering others. “From The Rivers To The Ocean” opens the album with a meditation on the passage of time, the river used to represent an eternal cycle. The watery metaphors extend into the waves of the “tempting seas” that fail to swallow “Footprints”, while the notion of an eternal cycle is given a more overtly theological cast in “The Wheel”, a lolloping country-style piano ballad in which Callahan reads each line before singing it, as if leading a hootenanny singalong.

Although arranged and co-produced by former Royal Trux-driver Neil Michael Hagerty, the album has a calm, collected temperament in which Callahan’s methodical guitar arpeggios are sometimes supplanted by piano or subtle organ figures, with gentle caresses of strings, and the occasional sinister guitar twang lending a quietly mysterious tone to proceedings. The result is an album that shines light, albeit dimly, into hidden corners of the soul.