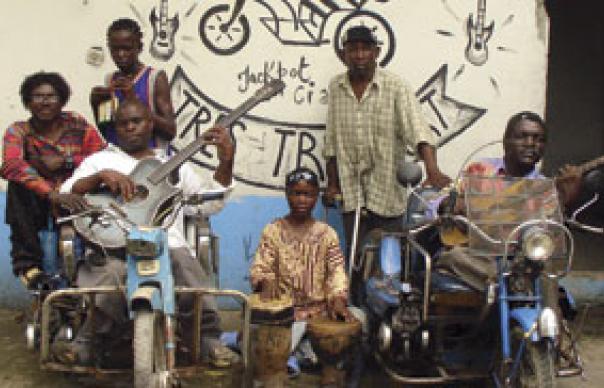 A decade back, guitarist Coco Yakala had a dream: “One day we will be the most famous disabled men in Africa,” he said of his group, Staff Benda Bilili.

Today, ‘Staff’ are celebrated for their lilting Congolese rumba and the indefatigable spirit that has lifted them from the streets of Kinshasa.

This eloquent doc tells their story; forced to live as outcasts, the band’s four paraplegic members (all polio victims) get around on customised trikes.

They befriend Roger, a street kid with a zinging tin-can guitar, and rehearse in the zoo gardens, a dusty oasis in a harsh urban jungle whose crumbling infrastructure snags the group’s wheels and crutches.

Their grittily shot film is an intimate, shocking but ultimately exhilarating portrait of suffering and dignity.