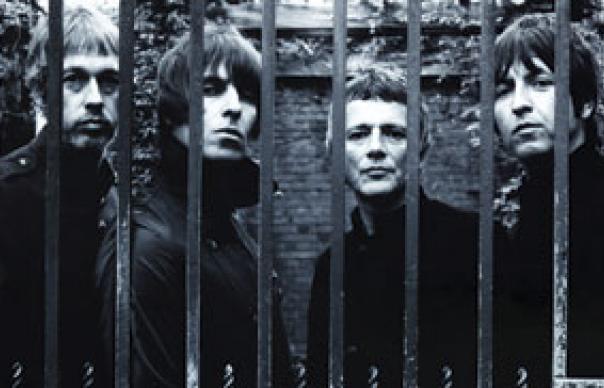 Around the time that things began to go wrong for Oasis, in 1999, a film was released called Blast From The Past. In it, Brendan Fraser starred as a child born – thanks to the fears of his Atomic Age parents – in a nuclear fallout shelter. When the automatic lock of his prison finally releases him 35 years later, Fraser’s character emerges from below ground into present-day California. His ways are not modern. His haircut is strange. He is puzzled by simple things. But still, he charms everyone he meets.

There are flaws with this analogy – no-one is likely to be impressed by his dancing – but as an example of how a bunker mentality might work productively, one could do worse than look to Liam Gallagher. His Britpop peers are writing novels, memoirs, or operas in Chinese. His fanbase is pushing double buggies to the playpark. For Liam Gallagher, however, (and implicitly for Gem Archer, Andy Bell and Chris Sharrock, his bandmates in Beady Eye) the world is largely unchanged since he entered it professionally in 1993.

There are worse mindsets to have, of course. Since the mysterious but allegedly final instalment of the Oasis story played out in August 2009, reports have suggested that Noel Gallagher has been alternately been involving himself with fatherhood, and roaming the streets, with time on his hands. He is working, apparently, on music widely suspected to be “mature”.

Could it be that Liam may have got the better end of the deal, taken the best records from the collection, in this particular divorce?

As Different Gear, Still Speeding suggests, he has definitely retained a copy of Definitely Maybe. That’s not to say that this new record remotely matches the earlier one in songwriting or likely impact. But it does still summon some of the spirit and occasionally the joyfulness that should attend a first record – no small achievement for a band whose members are 20 years into their careers.

To its credit, the album has evidently not suffered from overthinking during its making. Different Gear, Still Speeding contains a song called “Beatles And Stones” that sees Liam wish for the longevity of his band’s music, and which sounds like “My Generation”. There’s one called “The Roller” that sounds like “All You Need Is Love”, until it sounds like “Liberty Ship” by The La’s. “For Anyone” is distilled Imagine meets “Here Comes The Sun”. For all his recent talk about Noel having hired “scousers” to play in his own group, Beady Eye are very fond indeed of people from the Liverpool area; four of them in particular.

But this is very far from being the point, or really to enter into the spirit of this album. Different Gear, Still Speeding, is with one exception, intelligently sequenced, so you don’t see the joins. It begins with “Four Letter Word”, not a bad song, but exactly the kind of misguided fanfare you’d once have found on a Mansun album. Things do, however, quickly get better. “Millionaire” is a bounding acoustic number, somewhere between “Rain” and Hawkwind’s “Hurry On Sundown”, and it’s excellent. “For Anyone”, for all the Lennon, is a similarly lightly worn acoustic number.

In between, and familiar already to some listeners, there is “Bring The Light”, by some distance the most surprising thing here. If it didn’t make much sense when it was released to the public last year as a free download, it doesn’t seem much less odd now. Clinic covering Jerry Lee Lewis? A deranged Can experiment (Liam has, after all, jammed with Jaki Leibezeit)? It’s impossible to pin down, but one thing you can with certainty say is it’s free from baggage – and this sense of liberation and ingenuity makes it the best thing here.

It’s fair to say that it’s a high point that the rest of the album can’t quite match, but it does remind you that a debut album with Liam Gallagher on it can still be a pretty exciting thing to listen to. And that for all the comedy that might prove to come with it, that the bunker isn’t necessarily a bad place to be.
Garry Mulholland

Q+A Liam Gallagher
Was it fun making an LP without big bro?
Without a doubt, mate. It was a competition to see who’d get there first. Without sounding like we were a little fucking boy band and that. I love Oasis and I’m just as gutted as everyone else that we’ve split. But, by the time you finish touring, you’ve a couple of months off and you’re dying to get back in there. And not waiting for two years for a ring from the Tony Blair of rock.

How easy is songwriting for you?
Melodies I’m really good with. I can find about five different melodies to pick from for each tune. It’s just the words, really. What are my lyrics about? I wouldn’t know, Mate. You’d have to ask my psychiatrist.

You’ve written five songs to Gem and Andy’s four each. Is this a leader-of-the-band agenda at work?
We wouldn’t do it if it was like that. It’s not like, “You’re writing four songs and you’re writing three.” It certainly ain’t Take That, from what I’ve seen the other night on TV. Analysing every lyric. We’ll be here all fucking year. “That song there’s about ‘I’ and it should be about ‘We’.” We just get on with it. It’s not Metallica. Great film, but… fuck me!
INTERVIEW: GARRY MULHOLLAND