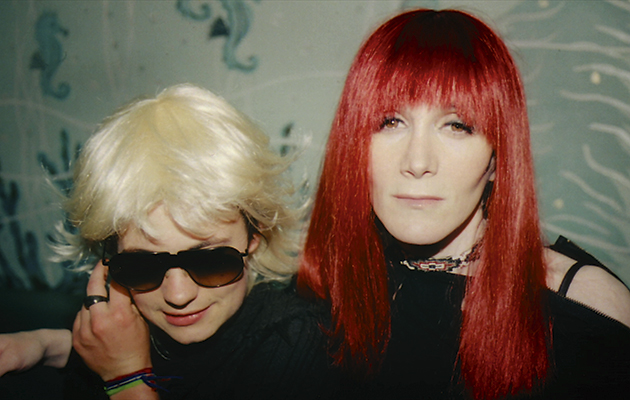 Albert/Leroy’s story is its own hall of mirrors, artfully navigated by director Jeff Feuerzeig. At the height of Leroy’s fame, for instance, Albert’s sister-in-law, Savannah Koop, began making public appearances as the author accompanied by Albert as his friend and handler, Speedie. “It’s like Mark Twain’s ‘The Prince And The Pauper’,” says Albert. “I could try to prove that I am really the writer, I am Leroy – the real king – and no one would believe me.”

Interviews with Albert provide the film’s focus. She explains that she suffered her own abusive upbringing, ending up in a group home where she regularly called suicide hotlines, always posing as someone else: “It never occurred to me to call as myself.” One persona, ‘Terminator’, eventually evolved into Leroy and, at the encouragement of a San Francisco therapist, begins to write down his ‘experiences’. Albert is at the very least an unreliable narrator – none of her claims are ever verified or challenged – though the remarkable hoax she and Koop perpetrated is brilliantly underscored by Albert’s substantial archive of taped phone conversations with celebrities, therapists and book publishers.

The footage from the Cannes festival, where the film adaptation The Heart Is Deceitful Above All Things launched, is astonishing, as players including Harvey Weinstein queue up to meet Leroy. “It wasn’t a game,” says Albert. “This wasn’t a joke. We know it as JT’s true story life. But we also know it as fiction.” This is the crux of Feuerzeig’s film. While JT Leroy might well have caused a scandal by duping the literary, Hollywood and music scenes, should this diminish the books themselves? “The book says clearly on the jacket ‘’fiction’,” says Albert. “The rest is extra.”