Win Butler's troupe retain the capacity to astonish. But on this mature, melodic and elegant third album the surprise is a welcome one... 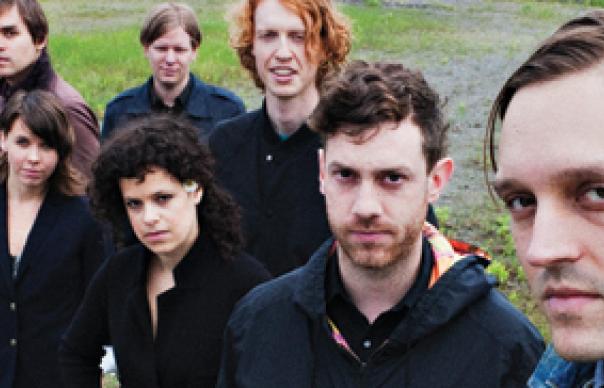 Odd to think that Arcade Fire’s Funeral is now six years old. Musically, it still sounds mysterious and fresh, urgent, and slightly impenetrable. Odd, too, to recognise in retrospect how the nightmarish follow-up, Neon Bible, was lacking in those same fine qualities. It was dense where it might have been vital, and brash where it could have been bold. And it had gaudy synthesisers; not what was really required from a band who made their name by sounding like a Québécois skiffle band reinterpreting the Pixies’ hits.

Of course, Arcade Fire couldn’t have kept burning at the intensity they displayed on their debut LP, but the gothic bluntness of Neon Bible – a black mirror in which the reflected image of Ian McCulloch of Echo And The Bunnymen was clearly visible – did lead to a nagging suspicion that Funeral might have been a fluke.

Well, on the evidence of The Suburbs, it was and it wasn’t. Yes, Funeral was an accident of artistic chemistry, emotions, time and place. It was also a work of stubborn creativity. So, in recognising that its frenetic energy couldn’t be repeated, Arcade Fire have reinvented themselves. The neuralgia of Neon Bible is dissolved, and the group have returned to the melodic simplicity of their debut EP. The Suburbs is a surprising record, swapping the spit and fire of Funeral for a sense of mature playfulness. If Funeral was organic, and Neon Bible was force-fed, The Suburbs makes do with being merely delicious. (And a little wistful, wounded, and wise.)

The spark for the album was an email frontman Win Butler received from an old friend, in the year off after touring Neon Bible. The message had an attachment, a photograph showing the friend with his young daughter, standing in the mall around the corner from Butler’s former home in the far suburbs of Houston, Texas. The picture caused Butler to reflect on his childhood, and to try to retrace his steps. These efforts were replicated by other members of the band, who used their post-tour furlough to explore their beginnings in various Canadian suburbs – only to find that the locations of their infant memories had changed, or disappeared.

To call The Suburbs a concept album may be stretching the fabric of the idea, but it does feel like a series of postcards from the foothills of early middle age. Yes, Butler is only 30, but in a song such as “Suburban War”, looking back on the days when musical tastes and hair-length seemed like matters of vital principle, the sense of distance from his teenage self is canyon-wide. It’s like Wilco’s “Heavy Metal Drummer”, with a sense of loss in the spaces where Jeff Tweedy put the jokes. “You grew your hair, so I grew mine,” Butler sings, as if fingering the yellow-blue rim of an emotional bruise. “Now the cities we live in could be distant stars/And I search for you in every passing car.” “Sprawl I (Flatland)” inhabits the same terrain with delicacy, and just a hint of Radiohead’s prog-fuzz.

Of course, Butler is too poetic to deal in unvarnished autobiography. The suburbs he describes are not just the malls and sprawl of The Woodlands, Texas, or the concrete oases that punctuate the Canadian prairies; they are the architecture of alienation. Butler’s travels are psychogeographical – trips to the bland landscapes which symbolise everything that is missing from contemporary life. The action isn’t just in the rear-view mirror. Butler is also commuting to the near-future, the place JG Ballard saw as “a vast, conforming suburb of the soul” where everything interesting had already happened.

If that sounds like tough meat for a rock’n’roll record, it is. But Arcade Fire have learned from the undiluted angst of Neon Bible, and the music here is simpler, and sweeter. The title track is a good-time tune with a sense of emotional uncertainty buried under a falsetto chorus. “Modern Man” chugs like something by The Cars, though the understated anxiety of the vocal is closer to David Byrne. At the start of the song, Butler is singing “I wait in line, I’m a modern man”. By the end, he is smashing the mirror of the titular hero. Whether this adds up to anything more than a sense of faint anxiety is arguable, but there remains something oddly nostalgic about such an optimistic notion of modernity.

And here’s another strange thing. There’s something of The Killers about The Suburbs, though it’s hard to pinpoint where the similarity lies. Putting aside the possibility that the worldviews of Win Butler and Brandon Flowers are infected by Mormonism (and this has some appeal), both bands channel old-style new-wave melodies. Previously, Arcade Fire were brittle, where Killers favoured gloss, but now that distinction seems less profound.

It’s not that Arcade Fire sound like Vegas pop. Well, not entirely. “We Used To Wait” has a worrying hint of Supertramp. “Half-Light II” is disco-Springsteen, with a thumping pulsebeat, and a lyric about “heading back East” to find a town to live in. In another jarring collage, “Ready To Start” hooks a murky tune to a Martha Reeves rhythm, yet it’s far from festive. “Businessmen drink my blood,” Butler sings, “like the kids at art school said they would”.

But this is no sell-out. Much subtlety remains. “Half-Light I” has the dream-drift of Eno, circa Another Green World, with a lovely vocal from Régine Chassagne capturing the uncertainty and promise of dusk, or dawn. “Strange, how half-light can make a place new,” she sings, reflecting on the boarded-up façades of childhood places. “The Month of May” is like Wire, circa “1-2-X-U”, though its emetic energy is not reflected in the words. (“Some things are pure/Some things are right/The kids are still standing with their arms folded tight.”)

Where does this leave us? Well, Butler is happy to drive into the sprawl, but he’s too fond of ambiguity to serve up an anthem for doomed youth. The Suburbs explores the badlands between safety and boredom. It’s nostalgic, with a sense of future dread. There is pain and pleasure, loss and hope. It feels like the anaesthetic is wearing off.
Alastair McKay