The final album, compiling offcuts into heartbreaking shape...This is, perhaps, the most gruelling album review I’ve ever had to write. It’s a record by a dead person who I met, and really liked, and fully expected to meet and like again. The Amy Winehouse I interviewed in late 2003 was an insanely charismatic and shamelessly frank 20-year-old who looked like a Jewish punk Jessica Rabbit and wore pink ballet shoes so worn her toes poked through. 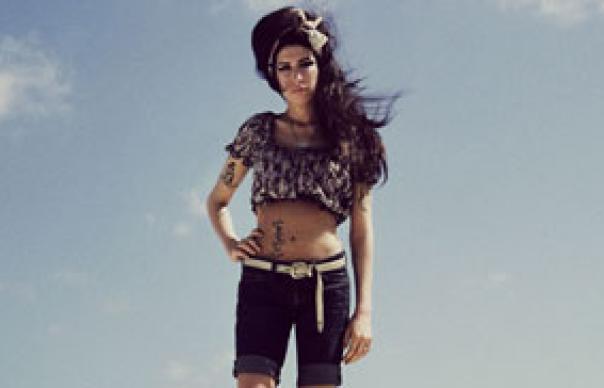 The final album, compiling offcuts into heartbreaking shape…This is, perhaps, the most gruelling album review I’ve ever had to write. It’s a record by a dead person who I met, and really liked, and fully expected to meet and like again. The Amy Winehouse I interviewed in late 2003 was an insanely charismatic and shamelessly frank 20-year-old who looked like a Jewish punk Jessica Rabbit and wore pink ballet shoes so worn her toes poked through. She was ribald and hilarious, old beyond her years, and seemed like the person least likely to join the Forever 27 club of any I had ever met.

This strange and wonderful force of nature is alive and well on Lioness: Hidden Treasures, an offcuts album overseen by producers Mark Ronson and Salaam Remi. Almost nine years separate the earliest and latest recordings here, yet Winehouse’s deep love of classic black music, her caustic explorations of the cost of love and lust, and, most of all, the offhand savagery and soul of her rich, sensual voice tie these disparate recordings together well enough to make this a focused, satisfying third Amy album. Imagine if Billie Holiday had lived long enough to fall in love with reggae and you get some idea of the loveliness of opener “Our Day Will Come”. Produced by Remi in May 2002, this version of the Ruby & The Romantics doo-wop standard contains all the revivified retro elements Winehouse would perfect in her 2006-7 imperial phase: easy, joyous rocksteady rhythm, smoky jazz phrasing, girl-group harmonies, deep soul.

Things get more Spectoresque on “Between The Cheats”, a 2008 Remi collaboration and the only tune here intended for a new Winehouse album. The wall of sound builds, Amy sings “I would die before I’d divorce you”, and then what sounds like (and Winehouse’s horizontal slurs are difficult to decipher throughout) “I’d take a thousand thumps for my love”. If Blake Fielder-Civil’s ears are burning already then he should keep fire extinguishers and ointment handy. Winehouse’s mastery of the cheating song is explored on “Wake Up Alone”, a slow, insistent strut of brushed drums and acoustic jazz guitar. “I drip for him tonight”, she purrs, from a familiar and lonely place where existential agony meets uncontrollable physical desire.

These heights are matched by “Tears Dry”, the original ballad version of “Tears Dry On Their Own”, arranged by Remi in the sweet soul style of The Chi-Lites’ “Have You Seen Her?”; the exquisite Leon Russell cover “A Song For You”; and a take on “Will You Still Love Me Tomorrow” which dares to rank with the definitive versions by The Shirelles and Carole King. Elsewhere, a mid-tempo cut of The Zutons’ “Valerie”, fun collaborations with rapper Nas (“Like Smoke”) and Roots drummer Ahmir ‘?uestlove’ Thompson (“Halftime”), a witty catfight song called “Best Friends”, and Amy’s final recording, the “Body & Soul” duet with Tony Bennett, all entertain and beguile, the latter disputing claims her voice was prematurely shot. The only bad move is a 2002 version of “The Girl From Ipanema” which exists only to prove that not even Amy Winehouse can make karaoke material and scat-jazz anything other than cringe-inducing.

On the closing “A Song For You”, a ballad made famous by suicidal soul hero Donny Hathaway, a 2009-model Amy Winehouse sounds elegantly broken as she sings, “And when my life is over/Remember, remember, remember…” The next words are, “When we were together”, but it’s the repeated pleas to our memory that pull the emotions hither and thither, as great soul music should. The truly gruelling thing about Lioness is that most of it is so beautiful and effortless and easy, and no matter how much you want to look for ghoulish clues, it sounds like a great new record by someone spectacularly alive.

But it isn’t. And that’s what breaks your heart.
Garry Mulholland