Amy Winehouse – Back To Black: The Deluxe Edition R2006

The biggest selling release of 2007 gets a facelift 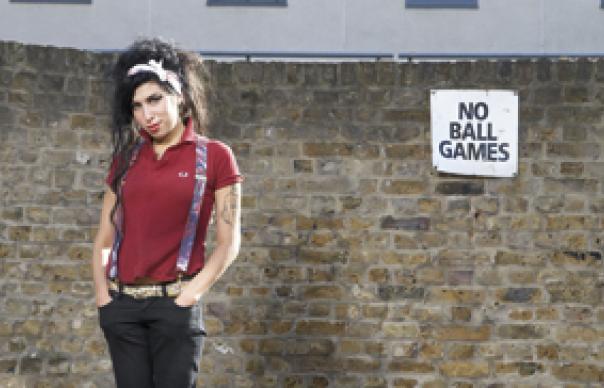 It seems difficult to imagine now, but – only three years ago – Amy Winehouse’s pop career looked dead. Despite a Mercury nomination and some rave reviews, her debut album ‘Frank’ had underperformed, and none of its four singles had reached the UK Top 50. By March 2004 you could have seen her playing the Pizza Express Jazz Club on Dean Street, Soho in front of barely 50 people.

By mid 2006, the teenager with the body of a Robert Crumb cartoon character had dropped four dress sizes, acquired several square feet of tattoos, and been packed off to New York by her producers Mark Ronson and Salaam Remi. They assembled a crack troupe of musicians called The Daptones, the same crowd who had recreated raw funk backing tracks for Sharon Jones and the Desco label.

The dreary smooth jazz and confusing dancehall elements in ‘Frank’ were subtracted and replaced with a thrilling mix of Stax-y horns, dramatic Phil Spector timpani, tremolo-laden guitars and John Barry strings that perfectly fitted Amy’s remarkable voice and her amusingly mouthy lyrics (“what kind of fuckery is this?”). The resultant album has not been out of the UK Top Ten for the whole of 2007, has gone platinum in the US and shifted nearly 5 million units worldwide.

A year on from its initial UK release, Universal has cobbled together a seven-track mini LP of B-sides for this deluxe edition, with an eye on the Christmas market. It contains a drummerless reading of The Zutons’ “Valerie” (slower and prettier than the one you’ll find on Mark Ronson’s ‘Version’), a deliciously spartan take on Phil Spector’s “To Know Him Is To Love Him” (accompanied only by acoustic guitar), and a stripped down live version of “Some Unholy War”, which show that her sometimes overly-melismatic voice is better when tamed by her musicianly intellect. Best of all are a clutch of wonderfully ragged, Trojan-fried readings of ska standards: The Specials’ “Hey Little Rich Girl” and “You’re Wondering Now”, Sam Cooke’s “Cupid” and The Maytals’ “Monkey Man” – all parping horns and spidery, Ernest Ranglin guitars.

It’s unashamedly a package aimed at the Christmas market. But it’s also a timely reminder that, beneath the tabloid hysteria, the dodgy husband, the tats and the bird’s nest hair, there’s an exceptional talent.