The last recording by the genteel prince of New Orleans music 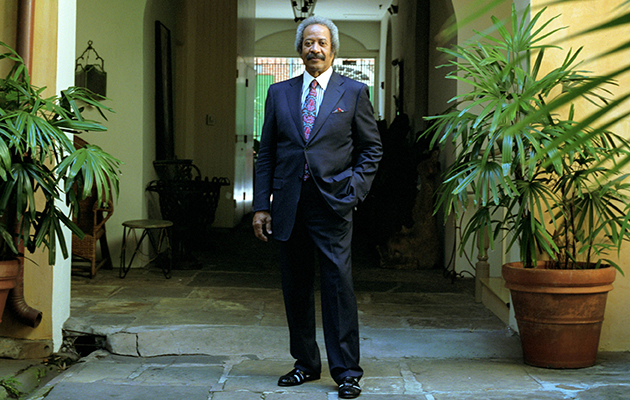 Think of the New Orleans sound and you’ll probably think of musical pandemonium. The ecstatic holler of Dixieland, the discordant clatter of ragtime piano, the chaotic squall of the marching band, right up to the “dirty south” hip-hop of the Cash Money and No Limit labels.

One of New Orleans’ most famous sons, Allen Toussaint, who died last November, aged 77, could certainly cut rough, producing raucous, chart-topping dancefloor fillers, from Ernie K Doe’s 1961 single “Mother-In-Law” to Labelle’s 1975 “Lady Marmalade”, via all those killer Meters grooves that have been sampled to death by hip-hop DJs.

His solo albums, however, paint a much more genteel vision of Crescent City. All the signature components are there – the “Spanish-tinged” habanera pulse, the twin-fisted stride piano acrobatics, the influence of whorehouse pianists such as Professor Longhair, Dr John, James Booker, Fats Domino and Jelly Roll Morton. But there’s a daintiness in the way Toussaint refracts these influences, like a parlour pianist creating a low-volume, gently bubbling pandemonium.

Six of the 14 tracks on this posthumous album are piano solos, recorded at his own home studio in New Orleans, all of which illustrate how Toussaint masterfully irons out the kinks and the dissonances from the city’s music. On a version of Professor Longhair’s “Take Me To The Mardi Gras” – a song best known to British listeners as the theme to A Bit Of Fry & Laurie – he turns Professor Longhair’s chaotic original into a quizzical, spacious jazz miniature, all open chords and modal improvisations. While improvising around “Big Chief”, another N’Awlins boogie-woogie classic, he artfully segues into Chopin’s Prelude in C minor (the same chords that Barry Manilow used as the basis for “Could It Be Magic”). Fats Waller’s “Viper’s Drag” is turned into a wonderfully jaunty Pink Panther prowl. Tellingly, he also includes a piano piece by a fascinating 19th-century composer called Louis Moreau Gottschalk, a Jewish Creole pianist from Louisiana whose quirky, romantic solos prefigured New Orleans jazz by half a century.

The jazz songbook provides the backbone of American Tunes, with standards that Toussaint tackles in his wonderfully dainty way. Earl Hines’ “Rosetta” – an uptempo piece of jump jive in the hands of Nat King Cole or Django Reinhardt – is taken at half speed and turned into a dainty ballad. Bill Evans’ “Waltz For Debby” is Toussaint-ized to the point that it’s not actually a waltz at all, but a stately boogie-woogie in 4/4. “Confessin’ That I Love You”, is a played quite straight, with a few Thelonious Monk-ish blue notes and quirky gaps in the melody.

If there’s one thing missing from this album, it’s Toussaint’s yawning, slyly soulful voice. When it finally crops up on the titular final track, “American Tune” – over Greg Leisz’s acoustic guitar – it’s like the arrival of an old friend to a party. Over Bach’s hymnal melody and Paul Simon’s lyrics of weariness and struggle, Toussaint sounds like he’s singing his life story. “Still, tomorrow’s gonna be another working day/And I’m trying to get some rest”, he sighs, wearily, turning the song into the Civil Rights anthem that it was always destined to be.

The story has it that Allen Toussaint’s best known song, “Southern Nights” – a US chart-topper for Glenn Campbell in 1977 – was inspired when his friend Van Dyke Parks visited him in the studio in 1975 to help fix Toussaint’s writers’ block. “Consider that you were going to die in two weeks,” VDP suggested. “If you knew that, what would you think you would like to have done?” It’s fitting that Van Dyke Parks turned up only weeks before Toussaint’s shock death last year to collaborate on an instrumental version of “Southern Nights”, turning the song into a piano duet, overlaying glissandos, classical flourishes and oriental-sounding harmonies over the top of Toussaint’s wistful, dream-like meditation on rural Louisiana. It’s the perfect instrumental eulogy for one of America’s true musical greats.