Alela Diane – To Be Still

US folk siren adds muscle to her delicate songcraft 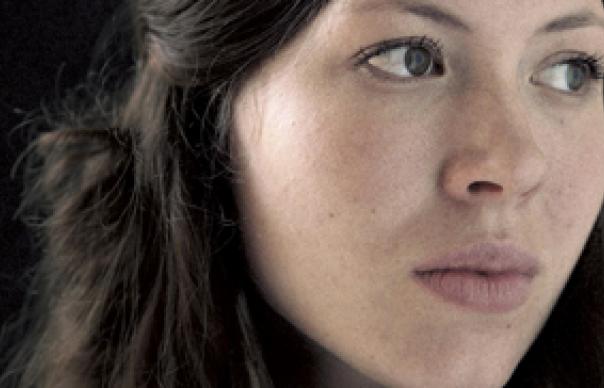 Alela Diane Menig gained her a fair bit of attention in the UK a couple of years ago, when her first album The Pirate’s Gospel, earned rave reviews in all points from the NME to the broadsheets, even topping the Rough Trade record shop’s end-of-year list. It helped that the 25-year-old songstress came from Nevada City, the tiny, bohemian hamlet in northern California that is also home to maverick singer and harpist Joanna Newsom, leading some to conclude that they were part of some unified freak-folk scene. However, while they share many friends and musicians, Alela has a less eccentric voice and makes simpler, less self-consciously rococo music, music that is much more rooted in traditional US folk forms.

While showcasing her remarkable voice, The Pirate’s Gospel played like an unfinished demo from an inexperienced singer-songwriter. The songs seemed to leak out, unstructured almost, while the patchy musical accompaniment (which she now admits was “almost flung together” by herself and her producer father) betrayed some of the lazy tropes you find in much contemporary alt.folk: the one- or two-chord drones; the repetitive, skeletal guitar vamps; the static, nursery-rhyme melodies.

To Be Still is a quantum leap from its predecessor, and one which establishes Alela Diane as a significant figure in contemporary Americana. This time the instrumental backing is a more handsomely orchestrated, with each song given colour by the sparing addition of drums, bass, cello, pedal steel, banjo and fiddle. Most remarkable is the development in Alela’s voice: where it sometimes sounded neurotic and cramped, it has now been pitched up a few semitones and sounds full-throated, open, hillbilly wild, with a heart-rending yodel on certain intervals that recalls Karen Dalton or Emmylou Harris.

It’s the way in which the grain of her voice defines the melodies on To Be Still that helps to elevate this collection above the morass of freak-folk shamans and ho-hum singer-songwriters, linking Alela Diane’s music to older US folk forms. The melody of “White As Diamonds”, for instance, is mapped out by a series of yodels, which flow like an Appalachian mountain song, an association that isn’t harmed by the baroque drones of a cello, or the Nashville swagger of drums and bass.

“Dry Grass And Shadows” – a feast of woozy slide guitar and mallet drums – bursts into life when Alela’s voice slurs up at the end of each line. The lyrics can be surreal and impressionistic (“Thinking I’d like to look at your teeth/Lined up in perfect rows… Where the flat lands stretch inside your mouth/And when you laugh all the star thistles stumble out”) but it’s Alela’s white gospel delivery that gives the whole piece a splendidly giddy feel.

Best of all is “The Alder Trees”, a lyrical evocation of an America where basket-weaving women sit in rocking chairs and pretty-robed belles “weren’t allowed to sing”. Alela’s modal melody suddenly, startingly, comes to life two minutes in when she talks of the “girls clapping” – cue an avalanche of Missy Elliott-style handclaps that disrupt the Victorian reverie and take us into the 21st century – Alela’s voice serving as it has throughout, the invisible link between ancient and modern.

What are the lyrical differences between To Be Still and the last album?

The Pirate’s Gospel came out of a darker time in my life, and a lot of it was about feeling uprooted and not having a proper home. To Be Still was written mostly when I was living in this little cabin in Nevada City and when I was living with my boyfriend up in Portland, so they’re definitely more domestic, more settled. It’s coming out of a more contented place.

Is the yodelling a conscious thing?

Sometimes I write songs in a lowish key and then maybe put the capo on my guitar, one or two frets up, and then realise that my voice is opening into all these more comfortable places. The yodelling is just one of those things that tends to happens when I’m singing.

What music have you been listening to recently?

I’ve got some old Sandy Denny records because people kept saying I sound like her! I adore them, and Fairport Convention, too. Same with Karen Dalton, I only heard her after I’d released The Pirate’s Gospel, and I really appreciate her music now, her voice is incredible and very special. Other stuff? I love Songs For Beginners by Graham Nash, and I’ve always got some Fleetwood Mac on my record player.