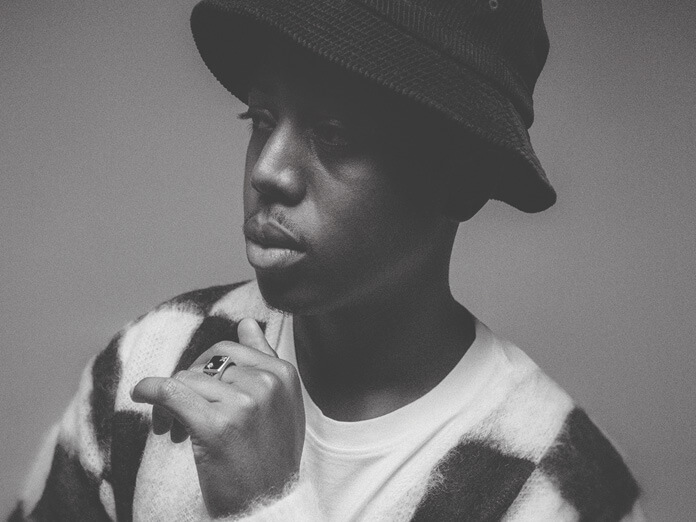 Born and raised in Catford, south-east London, 28-year-old drummer Moses Boyd has become an omnipresent figure on the capital’s incredibly fertile jazz scene. In the last couple of years he’s released albums with tenor saxophonist Binker Golding as the fierce sax-and-drums duo Binker & Moses; he’s played on every album by the singer Zara McFarlane (and produced her last LP, Arise); he performed on the Mercury-nominated Your Queen Is A Reptile by Shabaka Hutchings’s punky marching band Sons Of Kemet; he was a featured drummer and co-producer on the debut album by tuba player Theon Cross; and you’ll frequently see him playing live with breakout stars such as the tenor saxophonist Nubya Garcia.

Boyd emerged from the world of hard bop — he studied under the celebrated dance band drummer Bobby Worth and developed his jazz chops while playing with Gary Crosby’s seedbed of jazz talent, Tomorrow’s Warriors. But you’ll rarely hear him revisiting any of those rhythms now. Boyd’s father (from Dominica) and his mother (from Jamaica) introduced him to a variety of Caribbean rhythms; he attended workshops run by the north London pianist Leon Michener, who introduced him to the music of Fela Kuti, and he’s also immersed himself in South African music over the course of several visits.

Throughout Dark Matter you’ll hardly hear any “swing”, the defining rhythm of most American jazz. You’ll not even hear any funk or bossa nova — the rhythms that have provided the basis for so much “fusion” over the past half century. Instead, Boyd’s jazz chops are subsumed into a peculiar pulse that you simply don’t hear in any other parts of the world — one that draws from Nigerian Afrobeat and Ghanaian high-life but which also forges a meaningful dialogue with grime music, in the same way that previous generations of jazz musicians did with jungle and hip-hop.

The opening “Stranger Than Fiction” starts with some spacey ambient synth voicings before going into a heavy grime instrumental, played acoustically, with Theon Cross approximating grime’s squelchy, electronic sub-bass on a tuba, while tenor saxophonist Nubya Garcia and trumpeter Ife Ogunjobi play haunted obbligatos. On “B.T.B” and “Y.O.Y.O” we shift into hypnotic Afrobeat, with Polish-born guitarist Artie Zaitz given room to freak out inventively over Nathaniel Cross’s tight horn arrangements.

Boyd also has the ability to get the best out of his guests. He has often worked with the pianist Joe Armon-Jones, whose recordings as a bandleader often stray into rather bland smooth jazz territory. But, on “2 Far Gone”, Boyd manages to extract from him a florid, staggeringly inventive, oriental-tinged solo, pitched somewhere between Radiohead’s “Pyramid Song” and an Alice Coltrane freakout, over a twitchy grime beat and a pitch-shifted vocal sample. Obongjayar, a Nigerian-born poet-cum-rapper who you might have heard contributing to Richard Russell’s Everything Is Recorded project, has never sounded better than on “Dancing In The Dark”, a dense, moody drum stomp that interlocks with his gruff sermonising. And Poppy Ajundha, a south London soul singer, floats over the squelchy broken beats of “Shades Of You”.

Look through Boyd’s discography and you’ll see that he has recorded several EPs of electronic music — and collaborated with the likes of Floating Points and Kieran Hebden’s Four Tet – and there are several tracks here that see him exploring minimal, broken-beat music. “Only You” is a ferocious piece of industrial electronica that sees Boyd jamming over ominous electronic drones and a slowed-down vocal samples. “Nommos Descent” is a soulful breakbeat track, with South African singer Nonku Phiri and saxophonist Nubya Garcia battling over jittery 2-step rhythm and a throbbing synth.

Best of all might be the final track, “What Now?”, which sounds like a dubby, 21st-century revisitation of the space-age ambient jazz of In A Silent Way, with Ogunjobi playing the role of Miles Davis, guitarist Artie Zaitz serving as a postmodern John McLaughlin, and with Michael Underwood providing a suitably astral flute solo. This is not pastiche or revival — this is jazz created in a distinctly London accent; the sounds you hear in cars and minicabs, the fractured beats you hear pouring out of teenagers’ phones — refracted through the prism of jazz.