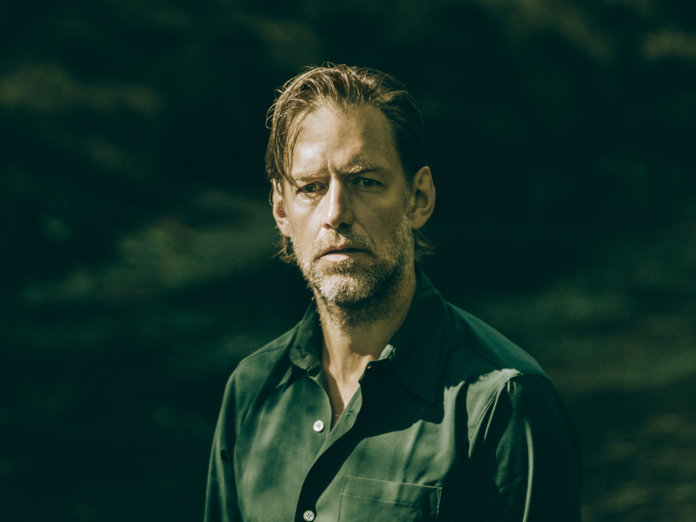 Witnessing the members of Radiohead disperse to explore various solo endeavours has been, in some sense, like watching an unboxing video: each component of the machine dismantled, momentarily held aloft, examinable and revealing. It’s helped develop a more holistic vision of exactly who contributes what to this most enigmatic organism. They’ve been laying clues, of course, for some time now: with Thom Yorke, from 2006’s The Eraser to last year’s Anima, via Atoms For Peace; Jonny Greenwood’s early soundtrack work for There Will Be Blood to Junun, his collaboration with Israeli composer Shye Ben Tzur and now his own contemporary classical music label; Philip Selway’s two fine solo records, and movie score; even the unassuming Colin Greenwood collaborated with Belgian-Egyptian singer Tamino in 2018.

Founding guitarist Ed O’Brien, by his own admission, has been reluctant to add to the non-Radiohead noise. Eventually something stirred in him, activated by a family relocation to Brazil after The King Of Limbs. That was eight years ago. After the inspiration of that South American sojourn, O’Brien enjoyed a spell writing in Cumbria a year later. Then it was on the back burner as Radiohead reassembled to record and tour A Moon Shaped Pool. It wasn’t until late 2017 that O’Brien convened a trio of his favourite musicians in Wales – The Invisible’s guitarist David Okumu, bassist Nathan East and drummer Omar Hakim – to apply flesh to the bones of his ideas. A further 12 months of scattered embellishment with producer Flood (Foals, U2, PJ Harvey) followed back in London. It’s fair to say it’s taken some time to arrive at Earth.  “I don’t come from a place where I necessarily back myself,” he tells Uncut. “I spent a bit of energy wondering if I could actually do it. By the end of the record I realised, yes I can.”

Given the gestation period, and indeed the title, it’s no surprise that Earth seems to contain Ed O’Brien’s reflections on humanity itself, from macro to micro. The album’s working title was ‘The Pale Blue Dot’, after Carl Sagan’s poignant words about existence, accompanied by a photograph of our planet from six billion kilometres away. It also channels the most local of emotions – family grief, small joys and debilitating depression. It’s as if O’Brien had both the long-lens telescope and the personal microscope out for the making of this one; and perhaps unlike other Radiohead-affiliated projects, these songs aren’t riddles to be deciphered – they’re direct, transparent and open-hearted.

Sonically, there are two camps. First, there are the chunky, dance-indebted rock tunes (O’Brien’s blueprint inspiration was Screamadelica) like opener “Shangri-La” – all shakers, handclaps and grubby guitar, underpinned by propulsive bass played by Colin Greenwood. “Olympik” is similarly epic: a twisty, mesmeric eight-minute jam that vividly recalls mid-’90s Zooropa and Pop-era U2 (minus the glitterball lemon) with Omar Hakim’s enthralling groove and O’Brien’s falsetto vocal. It’s almost a club tune. Then there are the sincere, acoustic folk numbers: “Deep Days”, an ambling song about dependency, solitude and love; “Sail On”, a short, affecting meditation on the death of O’Brien’s cousin; and “Long Time Coming”, which it’s easy to imagine Robert Plant’s husky tones delivering. Best of these mellower moments, though, is “Cloak Of The Night”, the album’s closing statement depicting two lovers in a storm, featuring the distinctive contribution of Laura Marling.

Two tracks break off from those ranks. “Mass” is a Sigur Rós-esque mood-piece, inspired by the 2010 NASA documentary Hubble, which atmospherically conjures the beauty and isolation of space travel (O’Brien’s astronaut friend Michael Massimo heard the song and cried at a recent live show). “Banksters” is the album’s most overtly political moment, an unambiguous critique of the economic collapse – “Where did all the money go?” he rasps – and the most Radiohead-like track here with its scratchy riffs and Hail To The Thief drum machine. One song ties all these strands together: “Brasil”, which mutates from gentle acoustics to vibrant, throbbing, carnival celebration. A spiritual transportation: from the Welsh countryside to the Brazilian metropolis.

In all, it’s hard to see Earth as anything but a triumph for O’Brien – important proof to himself, and others, that he has something significant to offer on his own. It also, perhaps, clarifies just what the guitarist contributes to Radiohead: namely, their bold and unashamedly anthemic elements, stemming from his love of combining collective euphoria in music and earnest folk storytelling. As a result, maybe Earth isn’t packed with abstract intricacies to pore over like most of the other records he’s been involved with, but it is fundamentally honest to its creator: a proud family man, a humanitarian and – finally – a solo songwriter.