A Guide To Recognising Your Saints 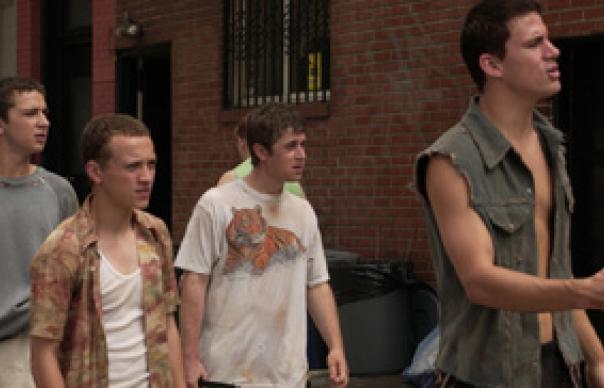 The suburban New York coming-of-age story has been told more than once before, most laudably with Scorsese’s Mean Streets and most lucratively with Saturday Night Fever. Dito Montiel’s feature debut, adapted from his own autobiography, is a curious mix of both, dealing with a working-class upbringing that fits between the two, being neither a movie about the constraints of peer pressure and the lure of criminality nor the liberating nature of adolescent dreams.

A Guide To Recognising Your Saints is subtle and affecting, taking place in the summer of 1986 in the Astoria suburb of Queens. It begins with the present-day Montiel (played by Downey) giving a reading in LA, before being summoned home by his mother (Diane Wiest) to visit his proud, ailing father (Chazz Palminteri). The call reawakens old memories, and we lapse into flashback of the young Montiel (LaBoeuf). It’s here that the young cast excels, recreating a misspent youth that refreshingly never crosses the line from bad to evil, but the age casting causes problems in the later sections. Some won’t notice, but let’s just say that even admirers of the good (Rosario Dawson, 27), the bad (Downey, 41) and the ugly (Eric Roberts, 50) will have a hard time placing them in the same hood at the same time.