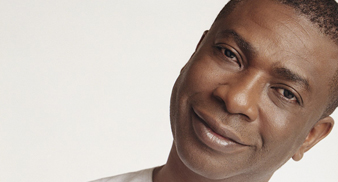 Youssou N’Dour is to release his first album ‘Rokku Mi Rokka (Give And Take)‘ in three years next month.

The follow-up to 2004’s Grammy and MOBO Award winning ‘Egypt’ will be preceded by a single ‘Wake Up (It’s Africa Calling) on October 22.

The single see’s the Senegalese singer reunited with Neneh Cherry for the first time since their global hit ‘7 Seconds’ in 1994.

On ‘Rokku Mi Rokka’, Youssou N’Dour has returned to working with the Super Etoile – a group of old friends and musicians he got together over 20 years ago.

N’Dour says of basist Habib Faye, percussionist Babacar “Mbaye Dieye” Faye and guitarist Papa Oumar Ngom: “They are not from the north, but they are Senegalese, they understand exactly what is happening in the north, the south, and the centre.”

The album is due for release on October 29 through Nonesuch Records.

For more details about the forthcoming release, check out this video: