She'll also perform at the festival 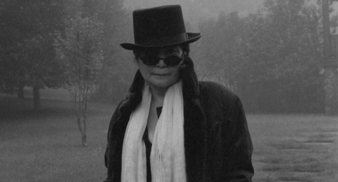 Yoko Ono is to be a featured speaker at this year’s South By Southwest festival in Austin.

Ono will speak on March 18 and answer questions about her career, her art and her marriage to John Lennon. She will also perform at the festival on the following day at the Chimera Music night at the Elysium venue.

Featured speakers at the Texan festival in the past have included Jarvis Cocker, Sonic Youth’s Thurston Moore, The Clash’s Mick Jones and Lou Reed.

The music arm of SXSW runs from March 15–20 across venues in the city. Bands already confirmed to play this year include Yuck, The Naked And Famous and The Vaccines.