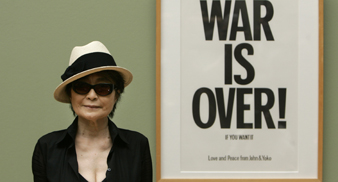 Yoko Ono has lost a legal bid to stop the use of a clip from John Lennon‘s song Imagine in a film sympathetic to ‘intelligent design’.

The theory states that the universe is too complex to be explained by the theory of evolution.

Ono, her son Sean Ono Lennon, and Julian Lennon – Lennon’s son from his first marriage – had sued the makers of Expelled: No Intelligence Allowed, claiming they used the song without permission.

But US District Judge Sidney Stein ruled in favour of the film-makers based on a “fair use” doctrine, saying that the defendants would probably win under copyright laws.

In a statement Ono said: “It is a pity that this decision weakens the rights of all copyright owners.”

The family plan to appeal against the decision.