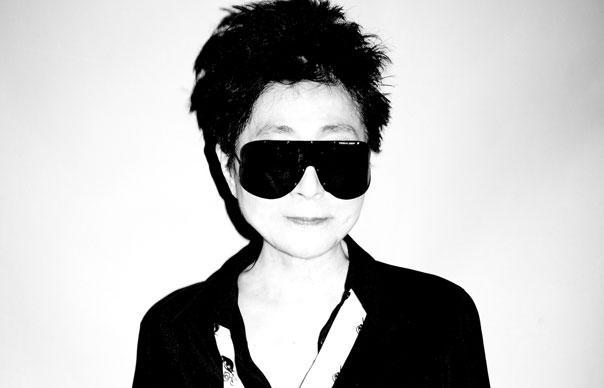 A raft of artists including Peaches , REM’s Michael Stipe , Wilco’s Nels Cline and Rufus Wainwright & Martha Wainwright joined her onstage at Berlin’s Volksbühne. The band was led by Ono and her late husband John Lennon’s son Sean Ono Lennon, who collaborated with his mother on her 2009 album ‘Between My Head And The Sky’. It was a rare gig for The Plastic Ono Band, who recorded three albums with John Lennon and featured the Beatles legend in their live shows.

‘It Happened’
‘Waiting For The D Train’
‘Between My Head And The Sky’
‘Moving Mountains’
‘Calling’
‘There’s No Goodbye’
‘Walking On Thin Ice’
‘Rising’
‘Yes, I’m A Witch’
‘Cheshire Cat’
‘Mindtrain’
‘Higa Noboru’
‘Give Peace A Chance’

Last week (February 15), a retrospective of Yoko Ono’s visual art opened at the Schirn Kuntshalle in Frankfurt, which will tour to other museums in Denmark, Austria and Spain in 2013 and 2014. In a busy year for the artist and musician, a reissue of all her albums from 1968-1985 is also slated for later this year and she will curate this years’ Meltdown Festival at London’s Southbank Centre.