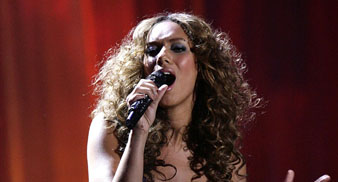 Leona Lewis has become the first British female to top the US Singles Chart since 1987.

Lewis, who won last year’s TV talent show X Factor has topped the charts with ‘Bleeding Love’ which was also a UK number one and last years’ top-selling UK single.

Last year Lewis signed a £5m record deal in the US, and the single was released six weeks ago.

The last British female to achieve a Billboard Hot 100 number one was Kim Wilde in 1987, with her cover of the Supremes “You Keep Me Hangin’ On”.

It is thought that Lewis’ appearance with Simon Cowell on the Ophrah Winfrey TV show last week helped boost sales for the 22-year old.