Wreckless Eric Is A Big Smash Once More 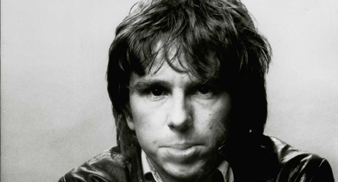 Stiff Records, the label that brought us independent sex, drugs and rock ‘n’ roll in the 70s and early 80s, is reissuing six classic albums from its catalogue this March.

Wreckless Eric’s 1980 album ‘Big Smash’ is one of the titles to be revamped. Wreckless was one of the original Stiff artists, along with Elvis Costello and Ian Dury, and this album spawned his hit single “Whole Wide World” – which even 26 years later has found its way onto the soundtrack for recent Will Ferrell-starring movie “Stranger Than Fiction.”

As well as the original album, “Big Smash” will feature tracks from his two 1978 albums, “Wreckless Eric” and “Wonderful World Of Wreckless Eric.” Wreckless has also recorded a commentary to accompany all of the rare tracks, B-sides and imports that have been included in this new collection.

The Stiff reissues will also feature popstar-turned-comedienne, Tracey Ullman’s 1983 album “You Broke My Heart In Seventeen Places.” With contributions from Kirsty MacColl, and the hit single “Breakaway,” the record originally sold in excess of 150,000. This will be the first time her debut album has been made available on CD.

Other Stiff artists getting the reissue treatment are Rachel Sweet, Dirty Looks and Any Trouble.

All six reissues will be available from March 12.