Wild Beasts: “We didn’t want to be typecast as a ‘clever band'” 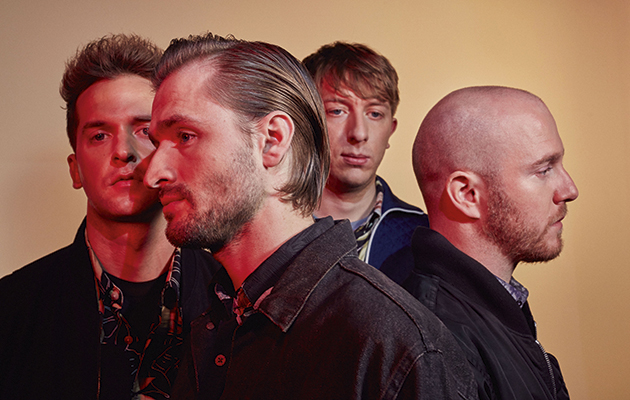 Wild Beasts discuss their new album, Boy King, in the new issue of Uncut, revealing that they wanted to get away from being seen as a “clever band”.

The group’s fifth album, produced by John Congleton, is out today (August 5th), and sees the Kendal quartet take a guitar-based look at sex and masculinity.

“Generally we wanted to get away from being typecast as a ‘clever band’,” explains Tom Fleming. “We wanted the lyrics to be self-explanatory.

“Our last LP, Present Tense, was almost all synths. This one is actually our most guitar-heavy album! John [Congleton] had a trove of weird fuzz pedals and we used them to weaponise the guitars. We wanted to use the tropes of rock’n’roll in a more interesting way, to ‘shred’ without making it sound like a Van Halen record. Not that there’s anything wrong with a Van Halen record…”

Boy King is the first album Wild Beasts have worked on with the Texan producer Congleton, and Fleming explains that heading to Dallas to record brought a new approach.

“We loved a lot of [John Congleton’s] recent work, with St Vincent, Swans, John Grant, Blondie et al, and we were surprised when he approached us. He wanted us to sound more spontaneous, to leave mistakes in, to sound like a band making a mess. He had a very Texan, no-bullshit approach. English feyness and intellectualism don’t count for much in Texas.”

Pick up the current issue of Uncut, out now, to read the full Q&A and an extensive review of Wild Beasts’ new album.