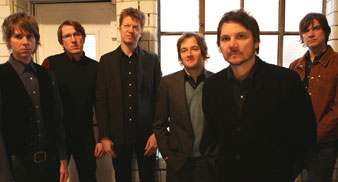 Wilco have announced plans to hit the road for a short UK tour in October.

The Chicago-based band have lined up five dates including two nights at London‘s Roundhouse, set for October 28 and 29. Before those shows they will kick off the tour in Glasgow then play Manchester and Bristol.

The six-piece are currently working on the follow-up to their 2009 LP ‘Wilco (The Album)’. Singer Jeff Tweedy previously [url=http://www.nme.com/news/wilco/52088]said that the group are unsure how they will release the album[/url], speaking favourably about Radiohead‘s pay-what-you-want 2007 release of ‘In Rainbows’.