An interview with Paul Weller: “When I was younger, I was much more set in my ways…”

Weller on The Jam, solo and beyond... 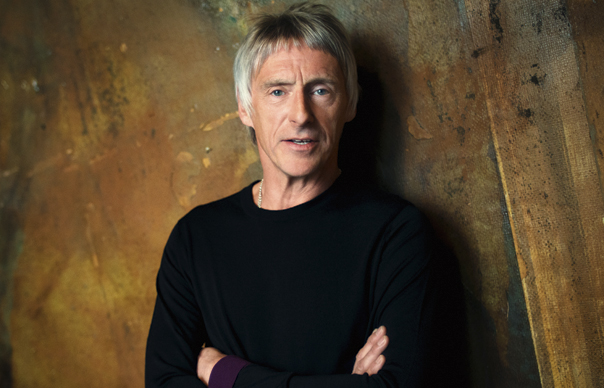 So you’re turned on to music by the radio. What about personal recommendations, things like that?
A bit of both, really. Sometimes I’ll catch someone’s radio show and hear something, or it’ll be friends, or go to Rough Trade and they’ll say, “You should check this out.” My day in music starts when I turn on the radio in the morning or put a CD in the car, or whatever. I guess that’s never changed. I hear a great record I feel inspired to make a great record as well, or just happy in the knowledge that there’s still great music. Without young artists coming through, we don’t exist really, do we? You’ve got to have that.

What did you think of Alex Turner’s “rock’n’roll will never die” speech at the Brits?
The sentiment I thought was good, I’m not sure about the delivery. But it never will anyway. All of us, I think, if you’re into it, our lives have been transformed by music and rock’n’roll and pop culture and I think any of the post-war generations are all like that. People in their sixties or seventies, they’re not the same as the people who were pre-war. Even up to the time before my dad died, at least every Christmas everyone would have a few glasses of pop and Little Richard would be put on the record player and my mum and dad would be jiving round the living room. That’s their music and it always will be. It wasn’t like that for previous generations. I still believe in the value of pop culture and pop music, rock’n’roll, whatever you want to call it. Music. It’s of massive importance to us in our lives and I think it’s helped shape the 20th and 21st centuries. I always believed in it.

Do you remember where you first used to buy records?
Yeah, in Woking. There were two shops, one called Maxwell’s and one called Aerco. I am old enough to remember the listening booths. They had the Top 10 or maybe Top 20 laid out in a rack behind the counter, and all the racks of albums. We used to go in there after school and keep playing different records until the got fucked off and kicked us out. Magical places, really. It’s still the same vibe if you go into Rough Trade or Sister Ray. The only thing I think now is there’s so much music. Countless reissues – including my new greatest hits – box sets, new records you want to hear, old records you’ve never heard, it’s a bit mind boggling really.

Are you trying to match that ‘magical’ experience in your music?
I would hope so. I don’t know if people receive it in that way, I’ve no idea, but I hope it would be like that. But that gets more difficult as well, because the older you get and the more records you made, it’s been a long time now, is there still the same excitement? Hopefully there is. There is for me, but hopefully for my audience as well.

Do you think some your audience found the last three albums difficult to process?
Probably, yeah.

Does it bother you that there’s always those guys who want to hear “Town Called Malice”, or whatever?
You’re always going to have that. But I don’t think that’s the majority of people. There’s always going to be an element of that. I would like to think, wherever I go with my music, I’d take people with me. There was a time in the Style Council where I purposely put people’s backs up. It was part of the plan, really, which just fucking monstrous looking back on it. So I think now I could introduce something new to my audience but take them with me as well, make them feel involved as well. But you can’t please them all, can you? It would never stop me going where I want to go, wherever that may be. Even when we put out The Jam record, “Precious”, there was even division among the audience then – “Oh, it’s a bit jazz funk”, or whatever the comments were at the time. You can’t let those things stop progress though, can you? You’ve got to move on. You’ve got to. If you don’t adapt, you die. Whatever aspect you’re taking about. I’ve seen lots of bands do that. That’s probably why there’s so many bands around now getting back together.