Watch a trailer for Marianne & Leonard: Words Of Love 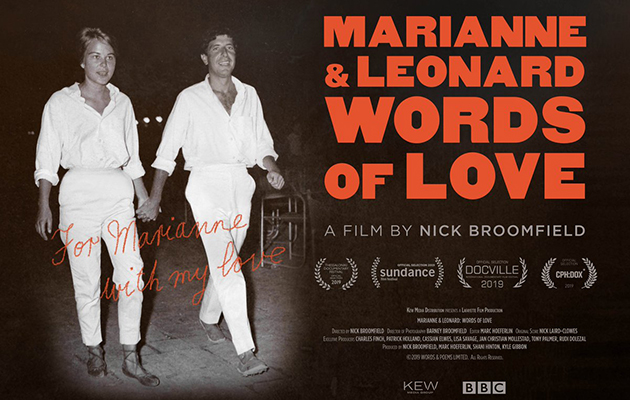 As first featured in the March 2019 issue of Uncut, Nick Broomfield’s Leonard Cohen documentary will be released in UK cinemas on July 26.

Marianne & Leonard: Words Of Love is billed as a “beautiful yet tragic love story between Leonard Cohen and his Norwegian muse Marianne Ihlen… who was the inspiration for several of Cohen’s best-known songs including ‘Bird on a Wire’ and ‘So Long, Marianne’.”

Watch the first trailer below:

Speaking to Uncut earlier this year, Bård Kjøge Rønning – a Norwegian filmmaker who contributed to the documentary – said that, “Nick’s film is really based on his personal involvement with Marianne. They were seeing each other in London for almost half a year, in ’68. And he built this story on the character of the Marianne that he knew. Nick told me that Marianne had this special kind of energy she gave to everyone. And she gave it to him. He was 20 at the time, and doubting whether to be a filmmaker. She said, ‘Go for it.’ She inspired him a great deal.”