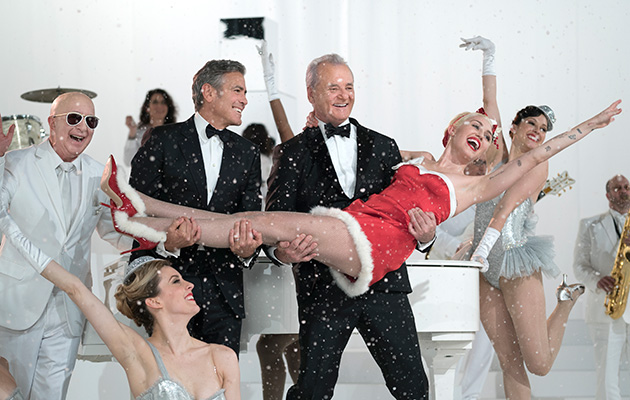 Just a short blog today – we’re in the midst of press deadlines – but in case you’ve not yet seen it, here’s the trailer for Bill Murray‘s Christmas special.

According to Netflix, “This winter, Bill Murray brings an extra-special dose of holiday cheer to Netflix with the premiere of an all-star musically-driven holiday special, A Very Murray Christmas. Set inside New York City’s iconic Carlyle hotel, A Very Murray Christmas opens with Murray preparing to host a live, international holiday broadcast. After a blizzard shuts down the production, he makes the best of the situation by singing and celebrating with friends, hotel employees and anyone else who drops by.”

What the press release fails to mention is that A Very Murray Christmas is directed by Sofia Coppola, marking her first collaboration with Murray since Lost In Translation.

It debuts – of course – in December.

Meanwhile, in similarly festive Murray news, you might be interested in this for your Christmas stocking. Cook Your Own Food is a scratch and sniff book, based around scenes from Murray’s most celebrated films – Lost In Translation, The Life Aquatic, Caddyshack, Groundhog Day and so on.

According to the publisher’s website, “Feel closer to the greatest man alive! Delve into his scenes, drink with him, laugh with him and smell as he smells.

“We’ve brought together some amazing artists to re-interpret some classic Bill Murray films. Focusing on his culinary habits.

“Scratch the smelly pads at the top right and enter the world of Bill Murray”.

You can buy it online by clicking here.