It is, quite literally, Casino… 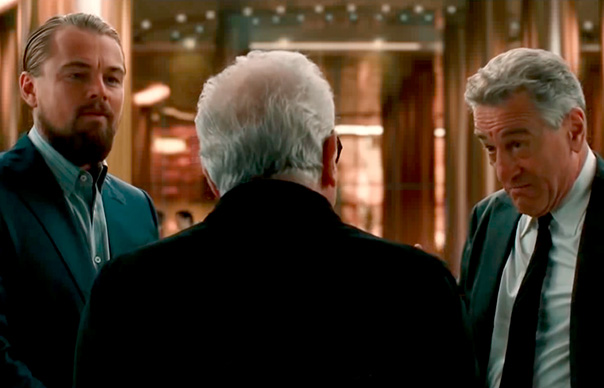 You might wonder what it would take for Martin Scorsese to work with Robert De Niro again. Aside from a brief appearance together – vocally, at least – in A Shark’s Tale, it has been twenty years since their last major collaboration, Casino. Perhaps they might revisit some of their most famous creations – catch up with Travis Bickle or Rupert Pupkin, perhaps. Or instead devise one masterful late-period collaboration: their oft-discussed Sinatra picture, perhaps.

As it transpires, they have worked together again recently. But not as you might imagine for a sweeping, three-hour epic packed full of swearing, shooting, rock music and some gruesome business involving a biro and a hapless menial. In fact, what has brought them back together is more of a surprise than you might expect.

The pair have reunited for a short film. The Audition is essentially an advertisement for two new entertainment resorts, Studio City in Macau, China and City of Dreams in Manila, Philippines. Such is the weight of the leisure group operating both sites that they can attract not only Scorsese and De Niro to front their ad campaign but also Leonardo Di Caprio and Brad Pitt as well as Boardwalk Empire script writer Terrence Winter and producer Brett Ratner. According to reports online, De Niro, DiCaprio and Pitt made $13 million for the two-day shoot, a figure that has since been denied by the group’s owners.

In itself, the trailer for The Audition (which will take the form of a short film) is pretty funny, working in favour of the actors’ comic strengths. Playing themselves, De Niro and DiCaprio both arrive at the Macau casino to discover they’re both in the running for the same role in Scorsese’s latest picture. It looks great – Scorsese’s camera swooping elegantly across the floor of the casino, panoramic shots of the exterior of the complex lit up at night, and the whole thing shot in a rich, golden colour palette.

It’s hard to know what to make of The Audition, to be honest. On one hand, it’s great fun to see De Niro square off against DiCaprio; incidentally the former still holds the number for the most collaborations with Scorsese (8 to DiCaprio’s 5), while this is the first time the two have appeared on screen together since Marvin’s Room in 1996. But once the excitement of watching the trailer is over, what are we to think about their motives for this collaboration? Have they been encouraged to work together again for purely financial gain? Or is genuine artistic merit drawing them together for the first time in two decades? More importantly, what on earth would Travis say..?