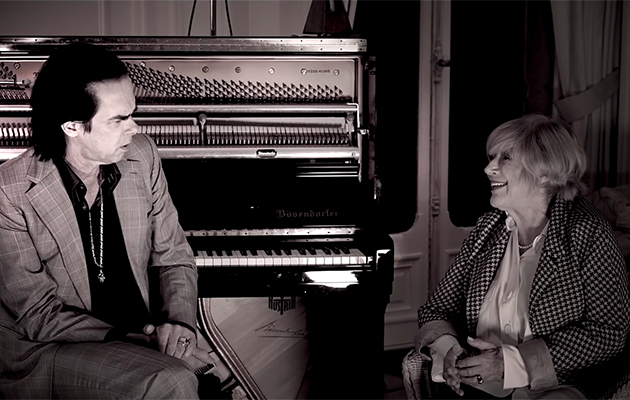 After working together on 2005’s After The Poison, Marianne Faithfull teamed up again with Nick Cave for “The Gypsy Fairie Queen”, the lead single from Faithfull’s current album Negative Capability.

During the making of that album at La Frette studios in Paris, Cave interviewed Faithfull for a video you can watch below:

“I know Nick likes writing dark songs for himself, but when I present him with dark lyrics, he doesn’t like it,” says Faithfull. “So I’m careful of writing something more positive, and ‘The Gypsy Faerie Queen’ is a very good example of that. But I never know if he will like it or not. I do feel very lucky to be able to work with somebody like that, who I’m so fond of, who I respect so much, and love working with.

“It was really nice that he dropped in to La Frette studios during the album recording, and I didn’t expect it. We had a nice chat about the songs, the recording process, and what we do!”

You can read a comprehensive review of Negative Capability in the current issue of Uncut, in shops now or available online by clicking here.