This previously unreleased clip dates from May 25, 1969 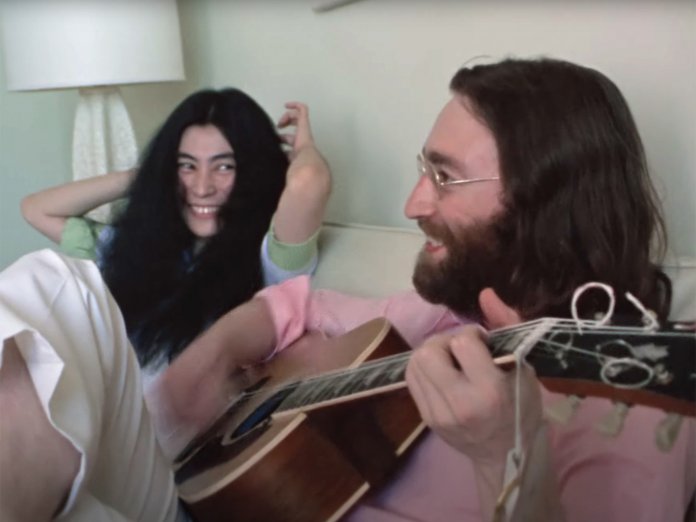 The John Lennon Estate have released a clip of John Lennon and Yoko Ono rehearsed an early version of the song while at the Sheraton Oceanus Hotel in the Bahamas on May 25 – days before their Bed-In for Peace at the Queen Elizabeth Hotel in Montreal on May 31.

The performance, which was captured by the Lennon’s film cameraman Nic Knowland and sound recordist Mike Lax, has never been released until now. It is the earliest known recording of the song.

This unearthed video comes in advance of the forthcoming box set, John Lennon/Plastic Ono Band – The Ultimate Collection, which is due for release on April 23 via Capitol/UMC.

The track is included alongside demos for every song on the album as well as Lennon’s non-album singles.