War On Drugs Added As Support For Club Uncut This Week 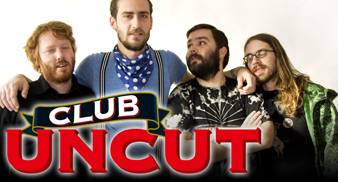 US band The War On Drugs have just been confirmed to perform at this week’s Club Uncut, headlined by Canadian quartet Ladyhawk on Wednesday (October 1).

The War On Drugs, who have just released their debut Wagonwheel Blues, have been compared to Bob Dylan, Spaceman 3 and Tom Petty.

They had been lined up to support the Hold Steady on their UK tour starting tonight (September 29), but since that has now been postponed due to illness, they are now free to play alternate gigs.

Join us for the show at the Borderline on Manette Street, London, just off Charing Cross Road. Support on the night will also come from fellow Canadians The Dudes.

Tickets are available now for £10, but we’ve fixed up a special offer for Uncut readers with www.seetickets.com,
where you can get tickets, for a limited time, at £8.