The TOTP presenter and Radio 1 pop picker was 79 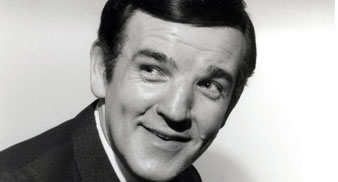 Alan Freeman, former DJ for Radio 1 and 2 has died peacefully at Brinsworth House, a care home in Twickenham, Middlesex.

The award-winning radio personality Freeman joined the BBC in 1960 after working briefly for a Melbourne radio station in his native Australia.

His radio career spanned 50 years and he was responsible for the catchphrase “Greetings, pop pickers” on his regular Sunday show, “Pick of The Pops.”

He also regularly presented on popular BBC chart show Top of the Pops in the ‘60s.

Freeman’s manager Tim Blackmore has said, “Alan was a naturally warm man who never quite understood the nature of his appeal. He cared passionately for music of all kinds, for his family and for his friends.”

Freeman’s most recent contributions to radio were focused on opera. He presented “Their Greatest Bits” on BBC Radio 2 from 1997 to 2001.

Lesley Douglas, controller of BBC Radio 2, said he had mass appeal, saying, “The words unique and iconic are overused, but in Alan Freeman’s case, they are absolutely appropriate. He was a great broadcaster who was loved by listeners and colleagues.”

Freeman was paid tribute to at the 1987 Radio Academy Awards for his outstanding contribution to music radio, and in 1988 he was also the winner of the Sony Awards radio personality of the year.

In 1998, Alan Freeman was awarded an MBE for his services to music.