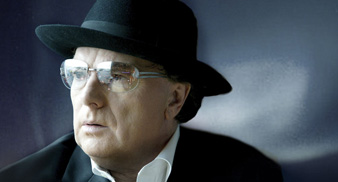 Van Morrison is to release an entirely live performed version of his revered Astral Weeks album, recorded last year at the Hollywood Bowl.

‘Astral Weeks: Live At The Hollywood Bowl’ was recorded over two nights last November, and marks the first time Morrison has performed the 1968 album live throughout. The shows in 2008, also celebrated the 40th anniversary of the album’s original release.

Talking about the shows, Morrison says: “The Hollywood Bowl concerts gave me a welcome opportunity to perform these songs the way I originally intended them to be. There are certain dynamics you can get in live recordings that you just cannot get in a studio recording. I love listening to live recordings. You get the whole thing right there, unabridged, raw and in the moment. There was a distinct alchemy happening on that stage in Hollywood. I felt it.”

The live album, due for release through EMI on February 9, will also be released as a double-vinyl edition with three extra tracks not on the CD.