Vampire Weekend played new track "Unbelievers" on US television last night – watch it below. Fans will recognise the track as the same one the band premiered at an intimate show at Cleveland's House Of Blues earlier this year (July 12), though they then referred to it as 'New Song#2'. 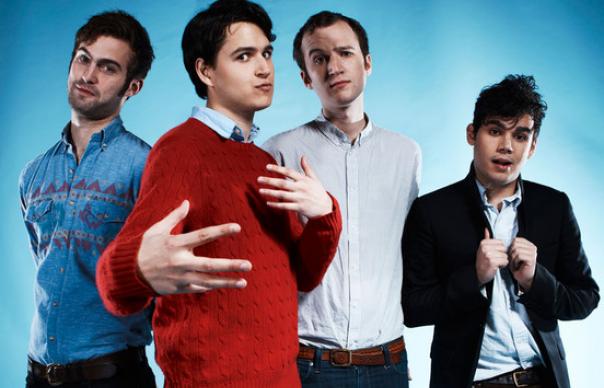 Fans will recognise the track as the same one the band premiered at an intimate show at Cleveland’s House Of Blues earlier this year (July 12), though they then referred to it as ‘New Song#2’.

The track is likely to appear on the New York band’s forthcoming third studio album, which will be the follow-up to their 2010 LP ‘Contra. Back in June, frontman Ezra Koenig admitted that working on the new LP had been a “long process” but hinted that they were nearing completion on the record.

“We always try to write and record at the same time,” he said. “So we’ve always got some ProTools session demo that tends to actually turn into the finished product. I think we have 80 per cent of the songs now.”

Koenig had previously hinted that the as-yet-untitled new album could be released later this year, but added: “I always want to release music as soon as possible, but more and more I’m realising it’s something you almost have no control over.”