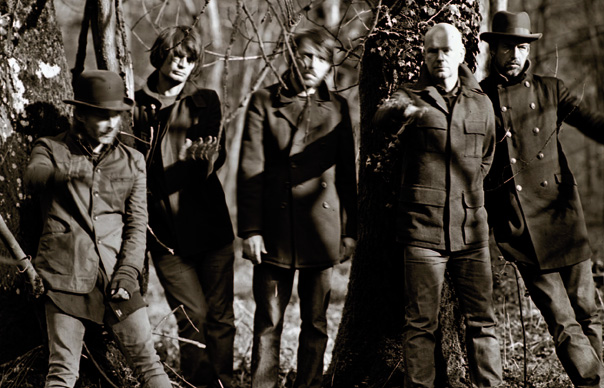 According to Slate reports, the track has been included in the upcoming pulp crime drama – which is scored by Radiohead guitarist Jonny Greenwood – having originally been unveiled during a live performance eight years ago. Scroll down to view a fan-recorded video of the band performing ‘Spooks’ at a May 2006 show in Copenhagen.

Responding on Twitter to reports that the track is performed by Radiohead, Greenwood said: “…it’s really a half idea we never made work live. I rewrote it and got supergrass to play it. It’s good, but not very rh!”

Last month, Thom Yorke took to Twitter to confirm recording had been taking place at the Radiohead studio. In a series of posts, the frontman revealed that he and Stanley Donwood – creator of the band’s artwork since 1994 – were going through 15 years’ worth of unused images and words, and that overdubs were happening in the studio on the second day of recording.