Today: Missy Elliot is rap at Brixton in 2001 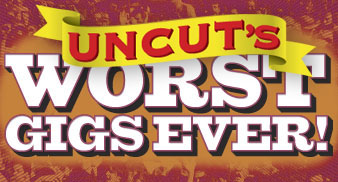 STEVE SUTHERLAND: Missy was red hot at the time. The hottest stuff imaginable. Innovator. Hit maker. Role model. Singer. Producer. She was nothing short of the new Madonna.

Being NME Editor, I snaffled the right to review what was sure to be one of the events of the year. What a bummer. Literally. In what very loosely passed for a “show”, a good 40 minutes of the hour she deigned to share oxygen with us were taken up with Missy inviting members of the audience up onstage to sing, rap and shake their arses at the front row. A talent contest, no less.

Even taking into consideration the ropey nature of rap live shows at the time, this was taking the piss. By half past nine, people who’d actually had the misfortune to pay for the privilege of seeing other members of the public pretend to be Missy were storming the box office for refunds.
Two things I learned later: Someone from the record company said that Missy wasn’t expecting to do a “show”, just a short “PA” for the album, so she was as horrified as we were at having to pad the thing out with lame crowd dance-offs.

And Uncut’s John Mulvey told me recently that not long after the Missy debacle, he went to see a Riot Grrrl gig in North London somewhere and Beth Ditto, who was doing the rounds even back then, stopped her performance to read the review I wrote (“It’s a bum rap!”) and berate me for fattism or weightism or whatever she called it, which whipped up the right-on crowd into a bit of a frenzy.
Just for the record, it wasn’t about being fat Beth, it was about being crap.

But glad to have been of service.