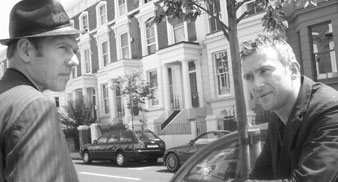 Damon Albarn’s new band project ” The Good, The Bad And The Queen” have finally announced details of shows to take place early next year.

The group performed for the first time as part of the BBC Electric Proms last week, gaining raptuous reviews.

“The Good, The Bad And The Queen” are set to release their self- titled debut album on January 22.

The band will play the following venues around the UK:

Tickets go on sale on Friday (November 3),for more details click here to go to NME.COM/gigs