The trailer for Nick Cave's new project Lawless has emerged online - scroll down and click below to watch it. 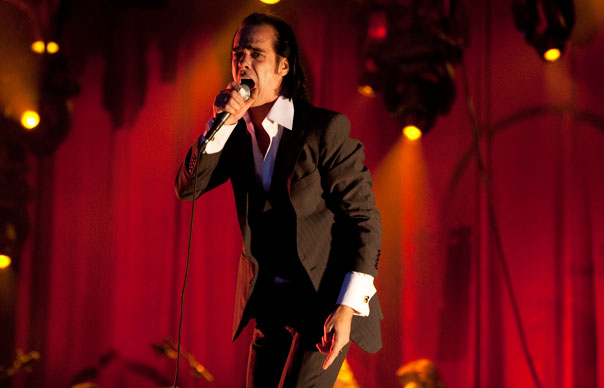 The trailer for Nick Cave’s new project Lawless has emerged online – scroll down and click below to watch it.

The film, directed by John Hillcoat and based on the novel The Wettest County in the World by Matt Bondurant, was adapted for screen by Nick Cave and also features music written by the Bad Seeds frontman.

The film will make its debut at the Cannes Film Festival next month and features a soundtrack written by Cave and his Grinderman/Dirty Three/Bad Seeds collaborator Warren Ellis.

It is the third time Cave and Ellis have joined forces with Hillcoat, working together on the 2005 film The proposition, which was also written by Cave, as well as the 2009 screen adaptation of Cormac McCarthy’s novel The Road.

Back in December, Nick Cave and the Bad Seeds and Grinderman drummer Jim Sclavunos hinted said that he and his bandmates had “neglected” the Bad Seeds but that it was “high time” they started to make music again, hinting that a follow up to 2008’s ‘Dig, Lazarus, Dig!!!’ could be underway. Nick Cave had previously said that the album would be ready for release in 2011.