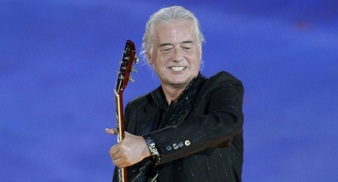 A Conservative MP has launched a campaign to secure a knighthood for Led Zeppelin guitarist Jimmy Page.

Louise Mensch, who became MP for Corby in Northamptonshire at the 2010 general election and who is married to Peter Mensch, manager of the likes of Metallica, Muse and Snow Patrol, has revealed that she has suggested Page be knighted in the next Honours list.

Mensch tweeted that she had proposed the Led Zeppelin man for a knighthood, writing on Twitter.com/LouiseMensch: “I’ve proposed Jimmy Page. Waiting to see if that finds favour with Honours Directorate. I hope so.”

The MP also denied that her husband, who used to managed Page, had any involvement in her suggesting the guitarist, adding: “Clearly there is nobody more worthy of a knighthood and I am glad to say I have gathered support from every major record label in the UK.”

Page had previously been awarded an OBE in 2005 for his charity work helping street children in Brazil.