Tom Morello has revealed that he is working on a solo rock album. 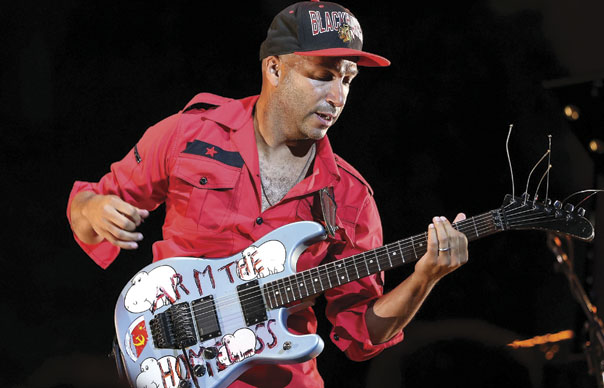 Tom Morello has revealed that he is working on a solo rock album.

The Rage Against The Machine guitarist is currently part of Bruce Springsteen’s live band, and will fill in for the E Street Band’s Steven Van Zandt on Springsteen’s upcoming Australian tour.

Morello also plays on eight songs on the Springsteen’s new album ‘High Hopes’, which is due out on January 13.

In a new interview with Billboard, Morello confirms that he is working on a “big solo rock record” which will be his first solo release following four albums as The Nightwatchmen.

Comparing his work to that of Jimi Hendrix, Morello says: “I want to make the craziest guitar record that anyone’s ever heard. The idea is that this is the Hendrix of now.”

He also says that it is the influence of Springsteen that led him back to the electric guitar. “The first time I ever sang with an electric guitar in my hands was ‘The Ghost of Tom Joad’ (with Springsteen) at the Anaheim Pond in 2008. Until then I’d kept my folk singing career and my electric guitar shredding career completely separate.”