Rugby bosses have been urged to stop "Delilah" from being sung at games at Cardiff's Millennium Stadium... 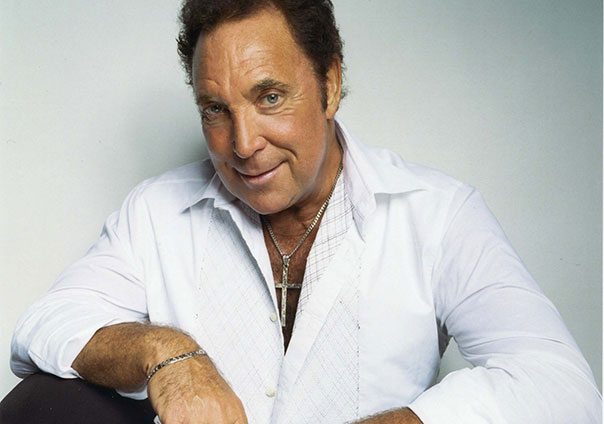 Tom Jones has spoken out about Welsh rugby bosses being urged to ban the singing of his hit “Delilah” before matches because the lyrics “trivialise the idea of murdering a woman”.

He said the song wasn’t meant to be a “political statement”, explaining: “If they’re looking into the lyric about a man killing a woman, it’s not a political statement, it’s something that happens in life. This woman was unfaithful to him and he just loses it… I wasn’t thinking that I was the man that was killing the girl when I was singing the song – I was acting out the part.” He add that fans singing the song at matches made him “proud to be Welsh”, commenting: “I love to hear it being sung at the Welsh games. It makes me very proud to be Welsh, that they’re using one of my songs to sing at a rugby match. That’s important to me.”

It was previously reported that Dafydd Iwan, former president of Plaid Cymru, had asked fans at Cardiff’s Millennium Stadium to stop singing the song before matches because of its controversial content. The track currently acts as a second anthem for Wales, with the Rugby Union displaying the lyrics on the big screen before matches.

Iwan, who is also a folk singer, said: “It is a song about murder and it does tend to trivialise the idea of murdering a woman and it’s a pity these words now have been elevated to the status of a secondary national anthem. I think we should rummage around for another song instead of ‘Delilah‘.”

The song, written by Les Reed, Barry Mason and Sylvan Whittingham and recorded by Jones in 1968, is about a man who kills his former partner. Lyrics include: “At break of day when that man drove away I was waiting/I crossed the street to her house and she opened the door/She stood there laughing/I felt the knife in my hand and she laughed no more/My my my Delilah… I just couldn’t take any more”.

The Welsh Rugby Union are yet to take any action over the song. A spokesman for the union said: “Within rugby, Delilah has gained prominence through its musicality rather than because of its lyrics. There is, however, plenty of precedent in art and literature, prominently in Shakespearean tragedies for instance, for negative aspects of life to be portrayed.

“The Welsh Rugby Union condemns violence against women and has taken a lead role in police campaigns to highlight and combat the issue.

“The WRU remains willing to listen to any strong public debate on the issue of censoring the use of Delilah but we have not been aware of any groundswell of opinion on this matter.”