Three members of The Smiths reunite for orchestral gigs 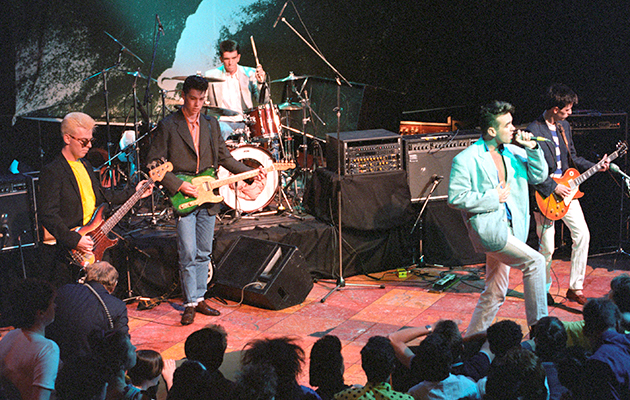 With a full Smiths reunion seemingly more distant than ever, three former members – bassist Andy Rourke, drummer Mike Joyce and fleeting second guitarist Craig Gannon – are teaming up with Manchester Camerata orchestra for a series of concerts this summer under the banner ‘Classically Smiths‘.

Smiths songs due to be orchestrally reimagined for the shows include Hand in Glove, How Soon is Now?, There is a Light That Never Goes Out, The Boy With The Thorn In His Side, Please, Please, Please Let Me Get What I Want, Shoplifters Of The World Unite, Girlfriend In A Coma and Last Night I Dreamt That Somebody Loved Me.

Guest vocalists have yet to be revealed.

Three Classically Smiths concerts have been announced so far, with more to be unveiled soon:

Tickets will be available here from January 26.

UPDATE: Andy Rourke has since denied involvement in the Classically Smiths project.

UPDATE: The Classically Smiths concerts have now been cancelled.