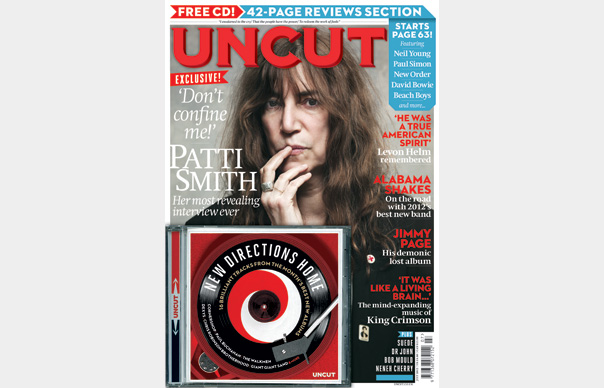 Smith is on the cover, giving an incredible interview about her entire career, from her early days in the Chelsea Hotel to her creative rebirth with new album Banga.

Elsewhere in the issue, Alabama Shakes reveal what it’s like to be the biggest new band in the world, Dr John answers your questions about New Orleans voodoo and getting shot, and King Crimson’s bizarre story is told.

Neil Young’s new album with Crazy Horse, Americana, is reviewed, alongside new releases and reissues from the likes of Dexys, Paul Simon, David Bowie, Can and Beachwood Sparks.

The Beach Boys, Arbouretum and New Order are caught live, and The Grateful Dead, The Raconteurs, Pink Floyd and The Beatles are in our DVDs & Blu-ray section, alongside reviews of upcoming films Ill Manors, Dark Horse, Killer Joe, and more.

The new issue of Uncut is out now on newsstands.